👤by Tony Le Bourne  Comments 📅15-01-18
Performance Testing
Setup, Design & Observations
The Shock PRO RGB is an analogue headset and so you will need a free headphone/microphone port on your system, or use the included adaptor to for use with the relevant audio port on your mobile device or console. It does however have an additional USB connector, which is purely for powering the LED lighting, this may cause some annoyance for those using the headset with a console, and of course, if your USB ports are rather scarce, you may not wish to waste one on lighting up the headset.

The headset itself feels well made, and sturdy, and while there is a lot of flexibility afforded by the headband, the earpads are static and do not rotate. On wearing the headset, we were found it very light, pleasant, and very comfortable for our long gaming sessions, and we didn't notice any discomfort even while wearing glasses.

Locating the rear onboard controls was easy to do, and there was no real issue with muting the microphone, adjusting the volume, or changing the lighting (aside from the fact you can't see the lighting while wearing it). The microphone too is very easy to pull down and push back up into its little slot. 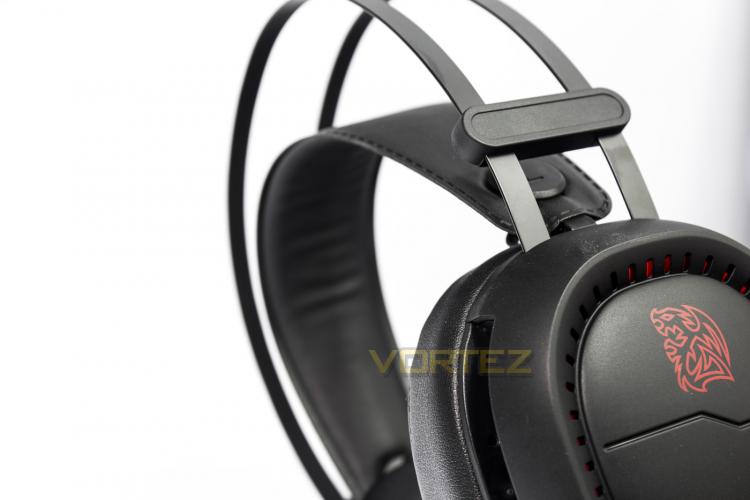 Multimedia
To test out headsets, we use a flat/neutral/default settings (with no audio enhancement enabled) and listen through a mix selection of music tracks of various genres that are well known to us, and do a subjective comparison, along with a 10Hz-22KHz frequency sweep, we then take note of any additional features (such as virtual 7.1 for example), any required adjustments, then finally put it through several gaming sessions to see how well it performs regarding immersion, and spatial awareness.

We don't normally feel the need to list our exact testing method for gaming headsets, but we felt that it would actually benefit the Shock PRO RGB to do so. Firstly, because in our music listening tests, the audio sounds very rich and warm, but missed some details in the middle to upper-mid tones as there seems to be a strong emphasis on the upper bass tones. We also noted that there was a surprisingly wide soundstage, noted not just while listening to music, but also watching videos, and in game. After going through these processes, we played around with the EQ settings, and found that using the below settings dramatically improved the audio quality, reclaiming many of the lost details while retaining a deep and rich bass. 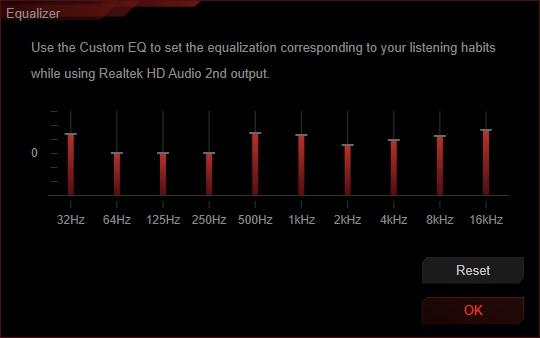 After changing the EQ settings, we went back and listening to various audio tracks, then played some Tom Clancy's: The Siege, the Shock PRO RGB was performing excellently in regards to clarity and spatial awareness. Though, comparatively, the default audio signature is rather thick, and a little too biased towards the low tones.

Microphone
As the microphone is rather short, it didn't reach anywhere near our mouth, ultimately effecting the volume of the voice pickup. Though, it remained audible and done a reasonable job at reducing background sounds. As a test, we moved the microphone slightly closer to our mouth, and fortunately, unlike another headset we viewed recently, the microphone sounds clear, albeit, a slight bias towards the higher tones. Though usable, your team-mates may have difficulty hearing you without adjusting the in-game volumes.