👤by David Mitchelson  Comments 📅12-03-13
Packaging, Bundle & Fan
11X Extreme is presented in a large, attractive box. Zalman are keen to emphasise that this cooler supports LGA 2011. The back of the box runs through the features of 11X Extreme in close detail for those who are interested in familiarising themselves with it. 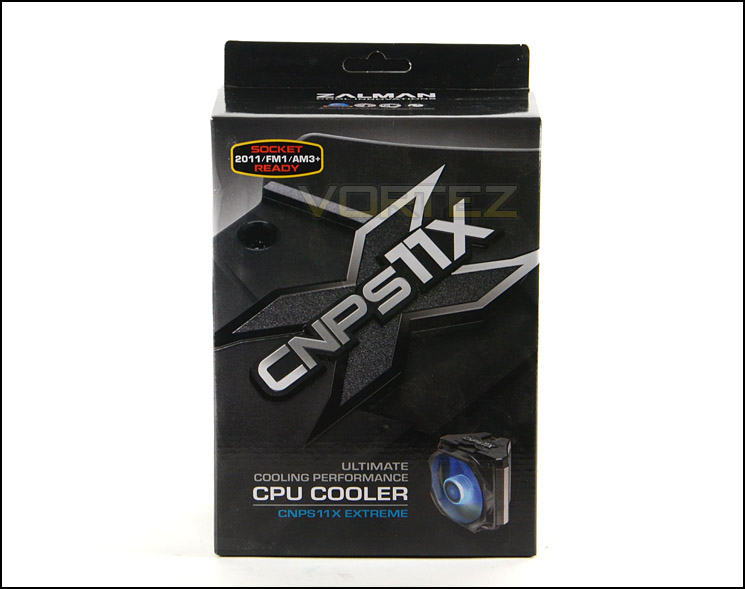 Inside the box the cooler is sealed inside a plastic enclosure. Within the bundle there is an assortment of different items including a mounting kit for compatibility with Socket FM2/Socket AM2+/AM2/Socket AM3+/AM3/Socket FM1/Socket 775/Socket 1156/Socket 1366/Socket 1155/Socket 2011. Also included are some other items such as: - Resistor [RC24P], wrench, loading block, thermal grease [ZM-STG2], double-sided tape and a user manual. 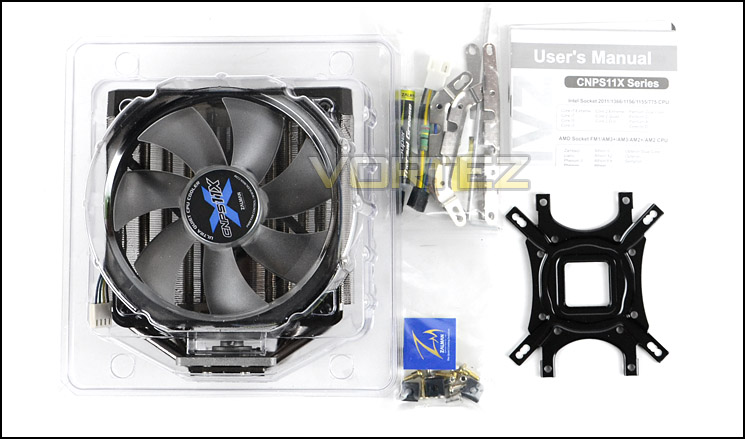 A large array of items within the bundle

Bundled with the 11X Extreme is an Ultra Quiet 120mm Blue LED PWM Fan. This fan is already attached to the heatsink via a combination of plastic brackets. The seven-blade design also features a long life bearing for extended use. Being a PWM fan and using the provided adapter allows for the fan speed to be adjusted. With the low noise adapter fitted the fan runs 1000RPM - 1450RPM whilst without adapter (Performance mode) runs 1000RPM - 1950RPM. 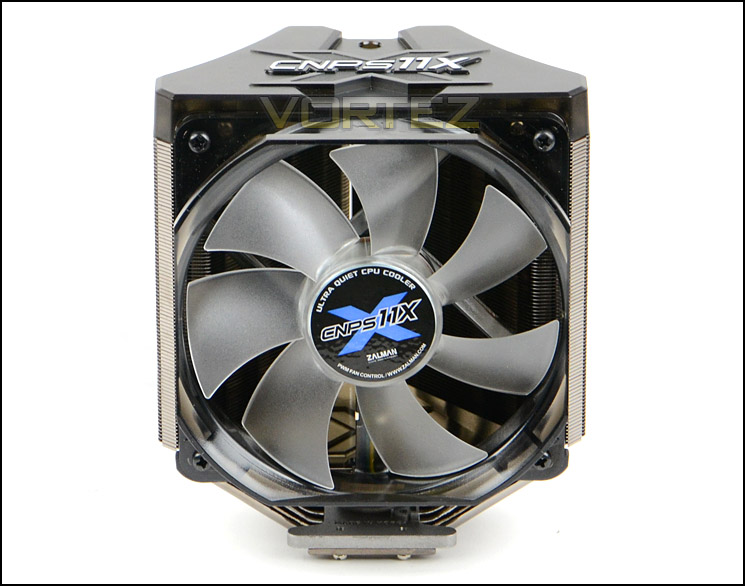