Nvidia's first attempt at addressing their missing DX11 mainstream market was by using a cut down version of their flagship GF100 Fermi core in the form of the GTX465. The card was meant to retain all of Fermi's architectural benefits at a lower price point, lower thermals and lower power consumption, three problems that plagued the GTX470 and GTX480 on release. However, the release of the GTX465 was met with a cold reception. As we saw with the MSI GTX465, Nvidia's mainstream offering failed to live up to its expectations and fell short of ATI's HD5850. The main problem was the steep price at which it was introduced that prevented it from being a true compelling alternative to the competition. Since then, a series of price cuts have rendered the GF100 based cards much more affordable and most importantly, Nvidia have released a brand new core that was designed from the ground up to target the mainstream market. Today, we have it here in the form of the GTX460 1GB from Zotac.

The GF104 core is the second derivative from the Fermi family of cards. Rather than being a cut down of the GF100 core, Nvidia have created a chip that shares many of the architectural characteristics of the latter on a smaller die size, thus being a distinctive addition to their line up. It follows Nvidia's trend of releasing their flagship card first for a halo effect followed by their budget mid range offerings. Sporting fewer transistors, the GF104 core aims to tackle the shortcomings of the GTX465 it has been designed to replace, and that's heat and power consumption. In terms of performance, the GTX460 is its spiritual successor with a price tag to reflect its position in the market. Here's where Nvidia makes matters confusing. Officially there are two SKUs sporting the GF104 cores and both make use of the GTX460 moniker. The two variants come with different memory counts, 1GB and 768MB, with the latter also having a reduced ROP count and narrower memory bus. The 1GB model which we will be focussing on in this review is officially priced at $229 with the 768MB variant priced at $199. As to why Nvidia opted for that naming scheme, we aren't sure.

In our review today, I will be looking at a reference design from Zotac. Although they have released a few custom cards that come pre-overclocked, the reference model is the cheapest solution and should hopefully be a good overclocker. It should be interesting to note the difference between the stock cooler and the Twin Frozr II custom cooler on the GF100 based MSI GTX465.

A bit about Zotac

ZOTAC International is one of the largest producers of NVIDIA VGA and motherboard solutions worldwide.

ZOTAC International (MCO) Limited was established in 2006 with a mission to deliver superb, high quality NVIDIA graphic solutions to the industry. It has strong backing from its parent group, PC Partner Ltd. - with headquarters in Hong Kong, factories in mainland China and regional sales offices in North America, Europe, and the Asia Pacific region. The scale of support ZOTAC provides is currently unrivalled in the world. With 40 surface mount technology (SMT) manufacturing lines, 6,000 workers and a production facility with over 9,000,000 square feet, ZOTAC employs a full array of state-of-the-art technologies and skilled personnel in order to meet your hardware needs. In addition, ZOTAC has over 130 research & development professionals in Hong Kong and mainland China, working to bring you the best from the cutting edge of the industry. ZOTAC's international bases of operation work together to enable effective and efficient global as well as localized sales and marketing support.

ZOTAC's unwavering commitment to our users is to bring the latest products quickly to the market with the best value. Needless to say ZOTAC is the right choice for those who demand the highest quality graphics solutions.

Let's see what awaits us with Nvidia's new GTX460. 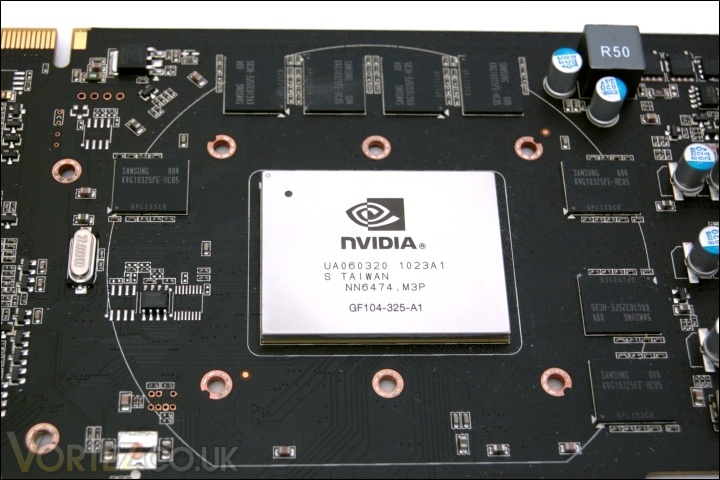