In recent years, NVIDIA have consistently held the crown for the 'fastest GPU on the planet' but they lost that claim at the turn of 2011/12 with the phenomenal AMD HD7970. The enthusiast market however we not going to jump ship because the much hyped 'Kepler' (NVIDIA's codename for the latest core) was on the horizon. Many people began to get frustrated because 3 months on and there was still no sign of a reply from NVIDIA to the HD7970. Then all of a sudden, NVIDIA unleash the GTX680, no paper launch and very little notice, even to the press who are held to none disclosure agreements!

We have today the ZOTAC GTX680 2GB GDDR5 It's a full fat retail edition of the Kepler core GTX680 with the usual bells and whistles that come as standard with a ZOTAC product; all but one. The card we have for review is a reference design with reference clockspeeds which is a rarity for ZOTAC! This however makes for an ideal starting point and foundation by which to compare both today's high end cards and last generation GTX5 series cards. 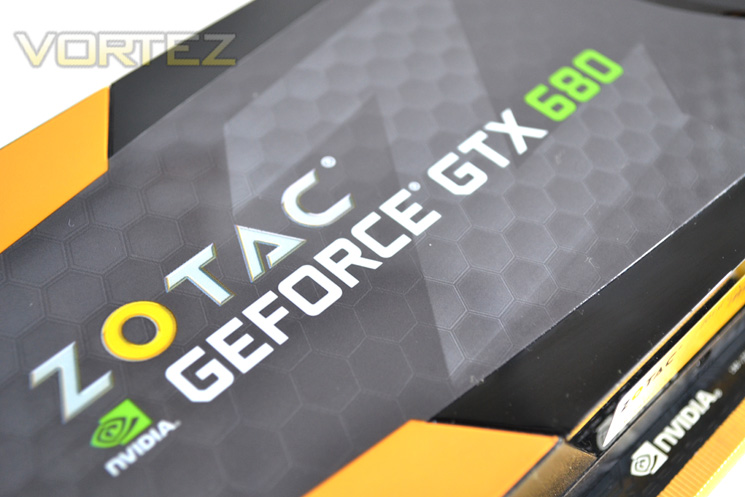 Kepler is the successor to the Fermi range of graphics cards. It is touted as the worlds fastest GPU but NVIDIA also suggest it is the worlds most power efficient - a bold claim indeed considering how efficient (and fast) the HD7970 is. Speed and power however are not all that Kepler has in store.

Note how I said above this card doesn't come pre-overclocked? Well in truth that is a lie as every GTX680 will arrive 'overclocked' thanks to the new power efficiency process NVIDIA call GPU Boost. We will cover this in greater details later but briefly this comprises of the GPU auto overclocking itself depending on the amount of stress that's being placed upon it. Image quality has also been improved thanks to FXAA and TXAA.

NVIDIA then are not putting all their eggs in the speed basket. Instead they are hoping to improve all areas of PC gaming and if the hype surrounding Kepler is to be believed, you would be forgiven for thinking NVIDIA's latest GPU is nothing short of exquisite. We will reserve our judgement until later so for now here is what ZOTAC had to say about NVIDIA's latest offering:

There are currently 793 user(s) online:
Google