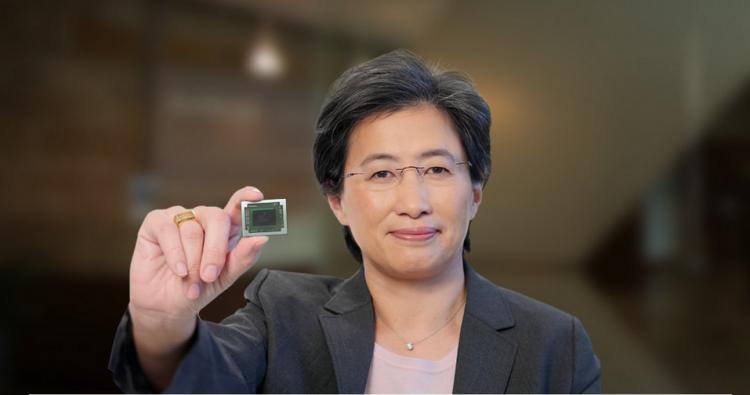 Earlier today WCCFTech reporter Usman Pirzada broke the bombshell story that AMD CEO Dr. Lisa Su was considering departing the company in favour of a similar position at IBM. Lightning-fast dissemination of this report, and its potential impact on AMD's business (whether true or not), has now prompted Dr Su herself to categorically deny the claims.

According to anonymous sources cited by Pirzada, Dr Su's 5-year tenure at the helm of AMD - during which she is credited as having turned around the beleaguered chipmaker and brought viable competition back to the PC market - would soon be coming to an end as her sights rest on new challenges. One of those challenges is allegedly a similar role at her old stomping ground of IBM, the computing juggernaut that's no longer quite the dominating beast it was despite enjoying an annual revenue of nearly $80bn.

Dr Su's background in the semiconductor industry prior to being brought on board at AMD in October 2014 included a significant stint at IBM, where she would eventually serve as VP of their semiconductor research and development centre. The implication therefore is one of unfinished business at the company.

The reports states that Dr Su is apparently eyeing up the #2 position at IBM, with a view to eventually succeeding Ginni Rometty as President and CEO. Her departure from AMD would occur this autumn or early into 2020, having unveiled the EPYC Rome product lineup and restored AMD to a firm financial footing with realistic roadmap for the future.

Pirzada's sources continue to provide additional context to this change at the top of AMD, stating that Dr Su wasn't happy with potential successors sourced from within the company. Synaptics CEO (and former AMD/ATI luminary) Rick Bergman was ostensibly hired this week for the role of Computing and Graphics Business Group Executive Vice President, but would be groomed as heir apparent to her position as a safe pair of hands.

According to the reporter, the sources behind this information 'overlap considerably' with those who divulged the prior departures of other top AMD executives including Raja Koduri and Jim Anderson. No other evidence is provided, and the report is suitably hedged with commentary that 'plans such as these can change at a moments notice'.

Responding to the article, which she calls a 'rumour', Dr Su stated the following on Twitter: 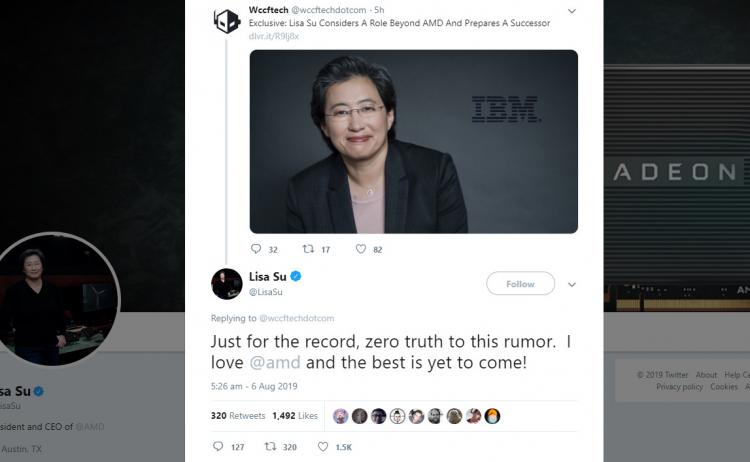 True or otherwise, reports such as these can have far-reaching consequences including affecting share price and sowing discord within the organisation's executive ranks and upper management. Nipping it in the bud is often essential lest it blow up into an even bigger story.

Dr. Su's statement is about as categorical a denial as you'll hear from any public individual, especially one with obligations towards financial regulations and oversight. Pirzada meanwhile stands by the story.