AMD's president and CEO Dr. Lisa Su explains:
"While 2015 was challenging from a financial perspective, key R&D investments and a sharpened focus on innovation position us well to deliver great products, improved financial results and share gains in 2016."

FBR Capital Markets & Co analyst Christopher Rolland explains:
"I think there is probably some downward expectations in here from China, but there is a possibility it could get worse,"

Here are the GAAP results:

Here are the non-GAAP results:

AMD Shares over the past year: 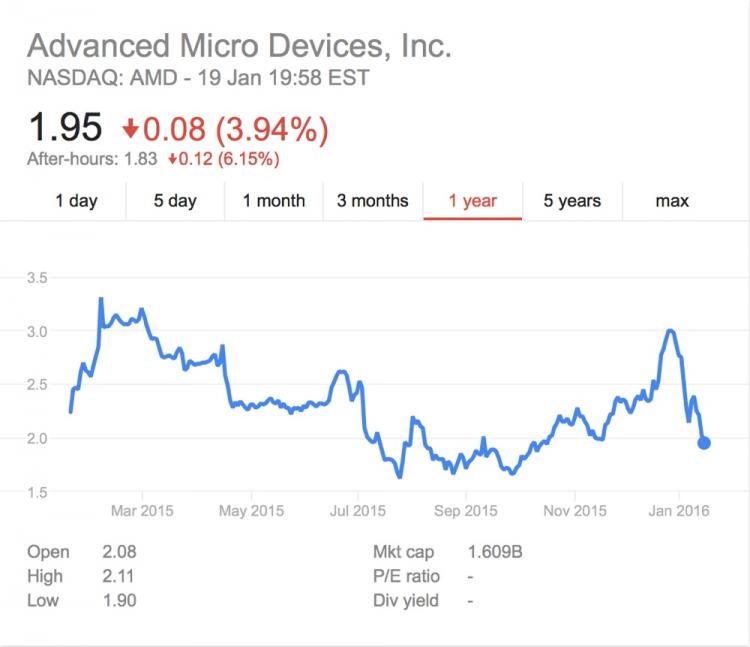 You an review the full report here.

2016 will be an important year for AMD; with the release of their 4th generation GCN architecture Polaris & their new CPU architecture Zen with a claimed 40% Instructions Per Clock (IPC) performance improvement over Excavator.

There are currently 534 user(s) online:
Google