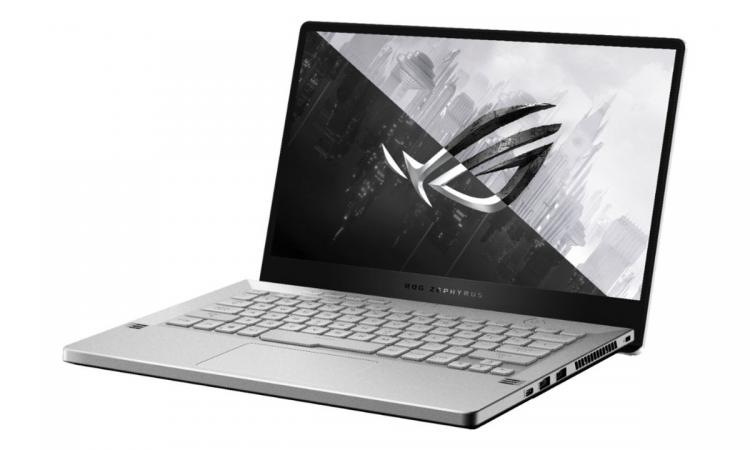 Two weeks ago AMD revealed the Ryzen 4900H, a new 8-core/16-thread flagship processor which will sit at the apex of a resurgent Ryzen 4000 H-series mobile APU range, but when it comes to general notebook availability far less has been communicated. The best the red team were able to offer was 'Spring 2020' - understandable given the fallout of coronavirus on logistical and retail chains - which immediately led to the assumption of late April/early May shipments. It appears however that some models are imminent, with pre-orders already open at Amazon.com and elsewhere.

Take for instance the ASUS TUF Gaming A15 (TUF506IV-AS76). It's equipped with a Ryzen 7 4800H and NVIDIA GeForce RTX 2060 (alongside other impressive hardware specifications). Over the weekend this notebook popped up at Amazon.com with a $1199.99 price tag, a value that's not too shabby at all given the expected performance level. The biggest surprise however has been its associated release date: March 30th, i.e. tomorrow. Note also that these models are shipping from Amazon.com, not a 3rd party partner. 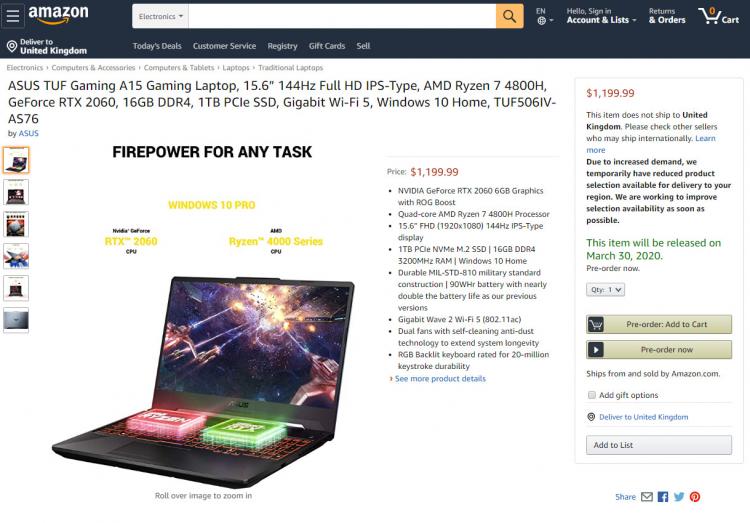 Similarly Bestbuy.com have listed the ASUS flagship ROG Zephyrus G14, equipped with the power-sipping Ryzen 9 4900HS. Available with a white chassis, it's being sold for a shade under $1500 but currently has no clear ETA.

Looking outside US etailers, there are reports of in-person sales at brick-and-mortar US stores and general availability in Chinese markets. If you've been holding out for a laptop powered by AMD's Zen 2 architecture your needs may finally be satiated very soon indeed.

Clearly the impending recession - due to a suspension of economic activity in the midst of COVID-19 mitigation measures - makes this a less than ideal time to be spending hundreds of dollars on a shiny new laptop. But by the same token there's a lot of implicit value to a new productivity and games system right now if you're financially secure.

At this time there don't appear to be comparable UK listings for the new laptops, perhaps indicating slower shipments to these shores and a staggered release geographically.

There are currently 784 user(s) online:
Google