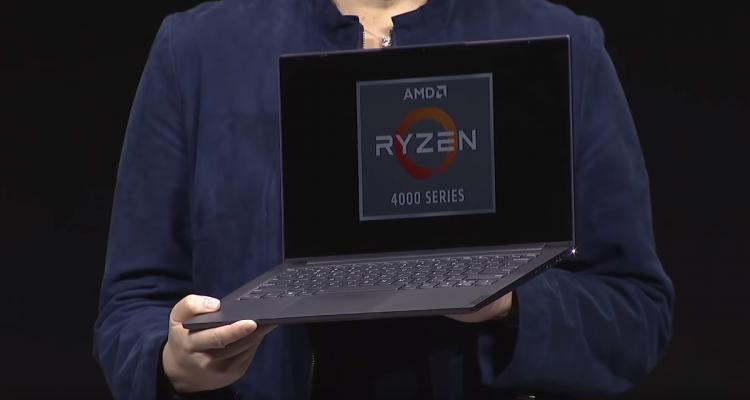 AMD's upcoming range of Ryzen 4000-series APUs for notebooks was announced at CES in January but, saving a few leaks here and there, very little finalised product information and pricing has been officially revealed. This week however Newegg Canada briefly let slip listings of a series of ASUS-branded models ranging from a CAN $899 design to a very substantial CAN $2,499 model complete with specification summary, amounting to the most comprehensive summary to date. Here are the details.

AMD's Ryzen 4000-series chips utilise the Renoir APU architecture, a monolithic design that incorporates 'Zen 2' CPU cores and Radeon Vega GPU Compute Units into one package. These chips are manufactured using TSMC's 7nm process, range from 4 to 8 cores (with 6 on the Ryzen 5 4600H), and can support simultaneous multi-threading (SMT). The current top confirmed SKU is the Ryzen 7 4800H, an 8-core/16-thread model operating from a base frequency of 2.8GHz with 7 Vega CUs; however this and other leaks indicate the existence of a flagship Ryzen 9 4900HS.

Ryzen 4000HS SKUs have a slightly lower TDP than their 4000H siblings (35W vs ~45W), potentially representing better binned chips that are more ideal for thinner laptops with relatively limited cooling solutions. It's also likely that they will have lower base and boost operating frequencies, and will no doubt be aggressively constrained by default dynamic overclocking curves. Ryzen 4000U SKUs are 15W TDP APUs intended for ultrathins and other applications where power efficiency is at a premium. 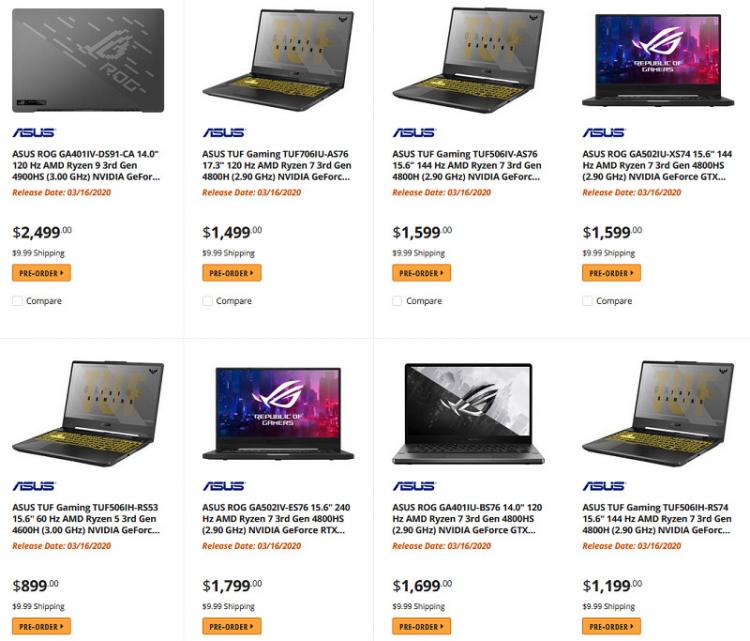 With affordability often the watch-word for AMD's Ryzen processors these price listings make for welcome reading. An entry-level point of $699 for a 6c/12t model with discrete graphics is extremely aggressive and should have plenty of gaming potential to boot, yet more premium options with NVIDIA RTX-class graphics are also available. Hopefully with major partners alongside them AMD can buck the long-term trend of lacklustre mobile launches.

AMD's new range of laptop APUs will be taking on Intel's dominance in the mobile arena in the very near future, challenging them on both performance and power efficiency. According to the leak these laptop designs will launch on Monday, March 16th.