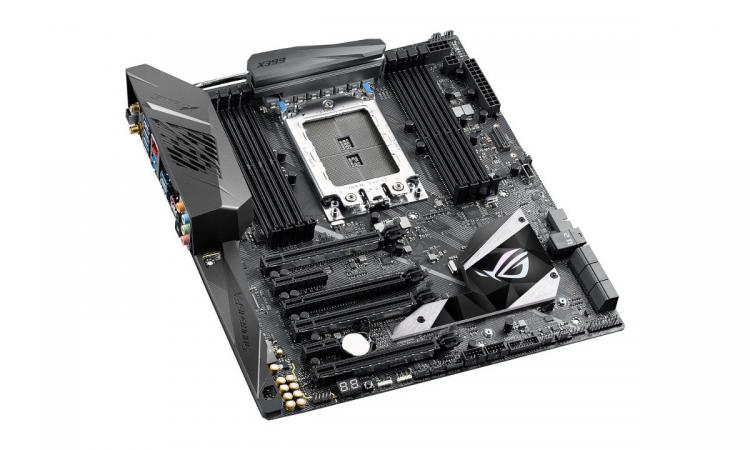 Is the ASUS ROG Strix X399-E Gaming about to be supplanted?

AMD's Ryzen 3000-series has now been available for almost two months and as a result the mainstream desktop landscape is starting to settle after the seismic event that was its July launch window. Although one noteable chip, the flagship Ryzen 9 3950X, is will AWOL, attention is now turning to the High End Desktop enthusiast/prosumer space thanks to continued rumblings of an update to AMD's Threadripper platform. Evidence is now mounting that work on the update is well under way as Videocardz is reporting the existence of two ASUS motherboards based on a new AMD chipset with revised naming system:

Booth Prime and ROG Strix are part of ASUS consumer branding so it would be extremely unlikely for them to be involved in the EPYC workstation platform, and that's backed up by the 'TR' code which most obviously indicates Threadripper. But there's also more to this story.

In late April a new product certification listing appeared on the USB-IF database of SuperSpeed USB 10Gbps supporting devices. The 'AMD 2019 Premium Chipset' entry includes not only the high-end mainstream X570 but also three more novel model numbers: TRX40, WRX80 and TRX80. It would make sense for WRX80 to correspond to a workstation-specific chipset, while the 'TRX'-class could be entry-level and premium designs tailored to Threadripper's requirements.

And so AMD may be moving away from the X_99 naming scheme for HEDT motherboards, ceding that ground to Intel's lineup, and ASUS appear to be well on board with the change. If genuine then the next obvious question is one of release dates, and whether or not the new motherboards will be backwards compatible with Threadripper 1000-series and 2000-series CPUs. If they're not (or features are heavily compromised) then the rationale behind a clean break from the old naming scheme becomes much more clear.