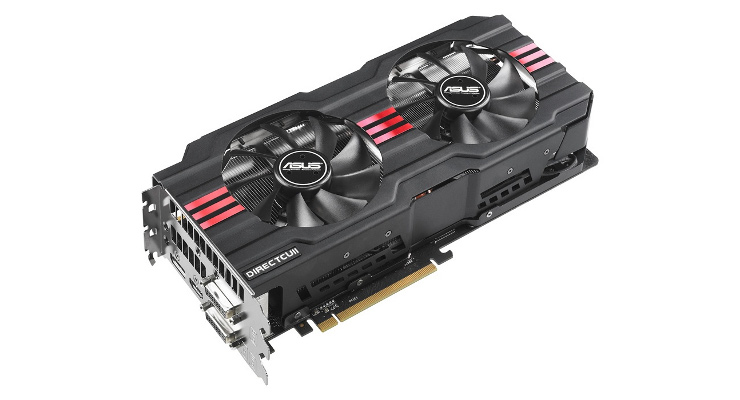 The first is the HD7950-DC2T-3GD5-V2, an HD7950 with core factory overclocked to 900MHz from 800MHz. As with other 7950s, the card will feature 3GB GDDR5 RAM clocked at 5000MHz, a standard set of display outputs, and be powered via 2 x 6-Pin PCI-E. Interestingly there is no mention of AMD's Boost auto-overclocking function, recently implemented via a BIOS update to reference cards, indicating that ASUS have chosen not to implement it in favour of a higher base frequency. 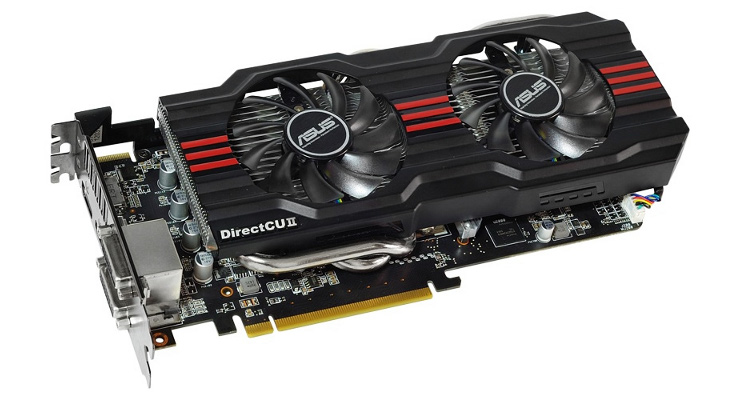 All three cards are cooled by an updated DirectCu II HSF, modified with a more compact heatsink and densely packed fins for lower temperature operation. The DirectCu II is generally accepted to be one of the better GPU cooling solutions, so it shall be interesting to see how much of an impact the update has. Additionally, none of the cards have an AMD reference PCB, potentially making them unsuitable for flashing with and AMD reference BIOS.