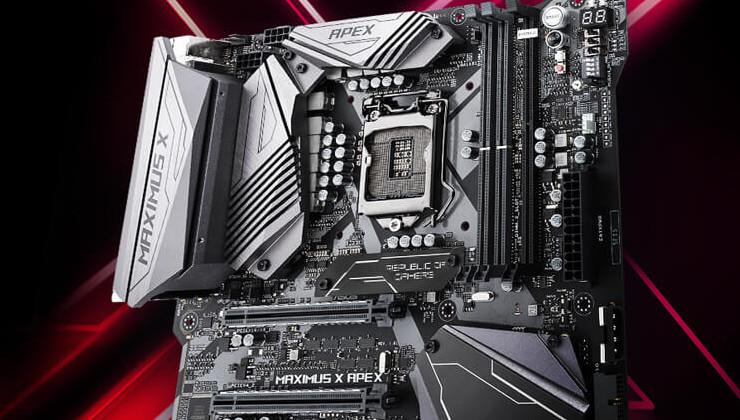 Could the ASUS Maximus APEX X soon be replaced?

While rumours of Intel's 9th Generation Core CPUs have strengthened in the past week or so, a matching motherboard platform update has been assumed rather than assured. The Z390 chipset is on the books and slated to replace Z370, even though Intel appears to have vacillated over updating the PCH. Now ASUS's support site has spilled the beans on their variants of the new motherboard platform, listing 19 different Z390 models on a Product Knowledge page that details a new feature for ASUS 300-series BIOSes.

The support page in question is a pretty innocuous one for an accidental product reveal. Rather than a new killer feature, it merely outlines the BIOS Profile feature for individualised settings, implemented after the launch of current ASUS's 300-series motherboards via BIOS update.

All of the major products lines from ASUS are accounted for in this list of Z390 SKUs, including enthusiast ROG "Maximus XI"-series all the way down to their budget TUF Gaming range. While nineteen are listed, they may not all be present in all regional markets - for example the Dragon series has typically been exclusive to China.

There is no release date for these motherboards, but we would expect the chipset to debut in advance of or alongside Intel 9th Generation Core CPUs. The most logical time would be Gamescom from August 21st, possibly just before the event to avoid competing with other major game and hardware announcements.