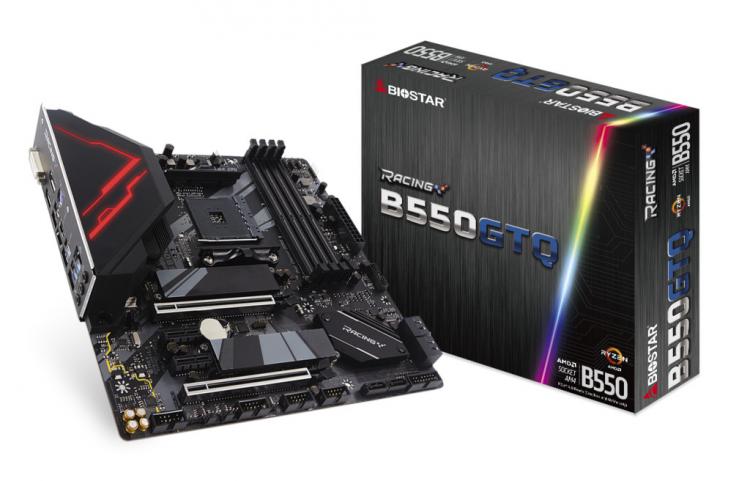 This week AMD's motherboard partners have begun to release more detailed information on their upcoming B550-based designs, due to be on store shelves a few weeks from today. Entire ranges have been revealed and product pages have gone live, complete with a varying amount of hardware feature and compatibility information. Unfortunately for AMD, one such manufacturer may have been a little too detailed in their disclosures.

As part of their big reveal BIOSTAR detailed CPU compatibility for each of their B550 SKUs, outlining which processors can be supported by each board. The current 3rd Gen Ryzen 3000-series is present, as expected, but so are a raft of 4000-series chips with the G suffix, denoting their status as APUs. To make matters worse (from AMD's perspective) each processor's base frequency and expected TDP are listed as typical configurations. 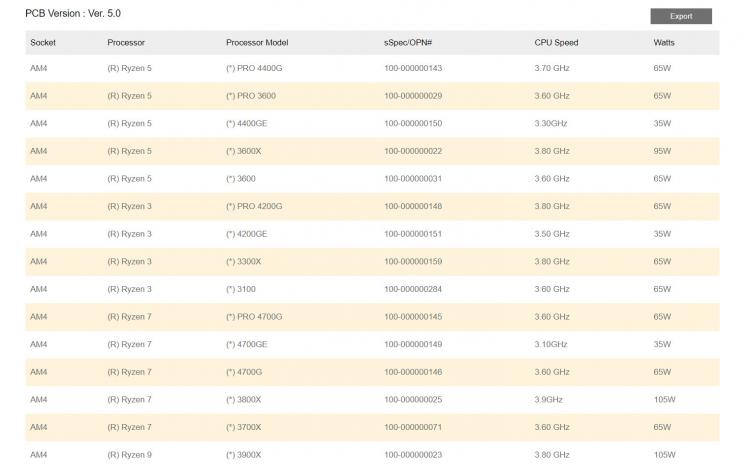 AMD's Ryzen 4000-series desktop APUs (codenamed Renoir) will apparently range from the Ryzen 3 4200GE up to the previously leaked Ryzen 7 4700G flagship, with GE denoting a 35W rather than 65W TDP. Judging by AMD's current naming conventions they're likely to boast four to eight cores with SMT and base frequencies from 3.5GHz. Additionally, three 65W PRO G models with enhanced enterprise-oriented features are also listed.

One critical data-point not relayed on the support page however is any sort of release date. B550 motherboards will be available on June 16th but AMD have been typically tight-lipped when it comes to 'future products'. That being said, all signs point to the APUs being released sooner rather than later.