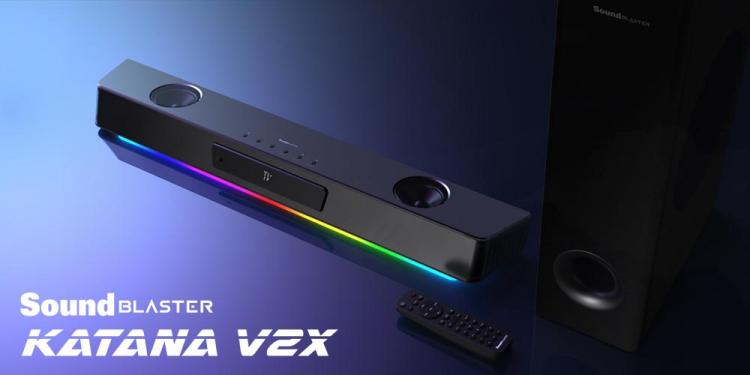 Creative Technology today announced the release of Sound Blaster Katana V2X, its latest gaming soundbar which offers the same all-conquering audio prowess that the Katana series is known for, and has been re-engineered to not just suit users with smaller spaces for their gaming set-ups, but is also easier on the pocket. 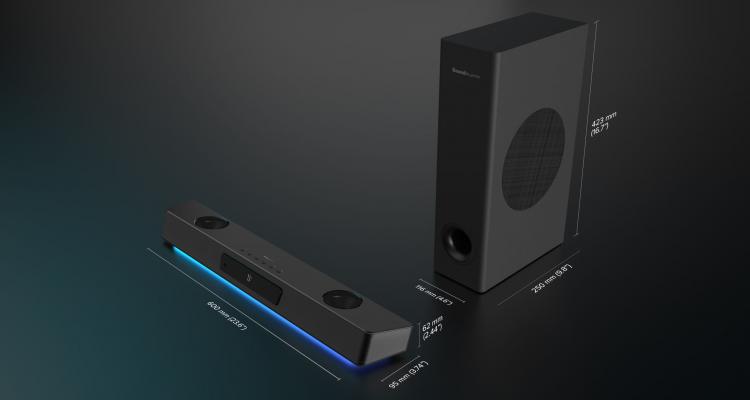 It is the slimmed-down alternative to the highly-rated Sound Blaster Katana V2, it frees up valuable footprint with a subwoofer that is 40% smaller than its predecessor. The peak power output of 180W makes perfect sense for gaming set-ups in smaller rooms.

Avid FPS gamers gain an edge in enemy-spotting with special gaming audio modes. SXFI BATTLE Mode enhances in-battle audio cues, both for directionality and distance, while Scout Mode focuses on sound detection so that opponents are heard before they are seen moving on screen. The cinematic experience is not just limited to gaming - with the integrated Dolby Audio decoder, users get to enjoy Sound Blaster Katana V2X while movie-binging on streaming platforms like Netflix, Disney+, and Amazon Prime.

Users can make this soundbar their very own when connected to the Creative app, by customizing the audio via the Acoustic Engine suite and choosing their favorite RGB illumination modes. These settings can be saved as customized profiles on either the app or the programmable buttons on the remote control. There are various connectivity options to choose from, including HDMI ARC and optical ports, wireless Bluetooth 5.0, USB-C port for USB audio support, 3.5mm AUX-in and SXFI-out for certified Super X-Fi products. This versatile soundbar is compatible with desktops and consoles alike, including PC, Mac, PS5, PS4, Xbox Series X and S, Xbox One and Nintendo Switch.

Pricing and Availability
Sound Blaster Katana V2X is priced at £259.99 and is available at Creative.com.