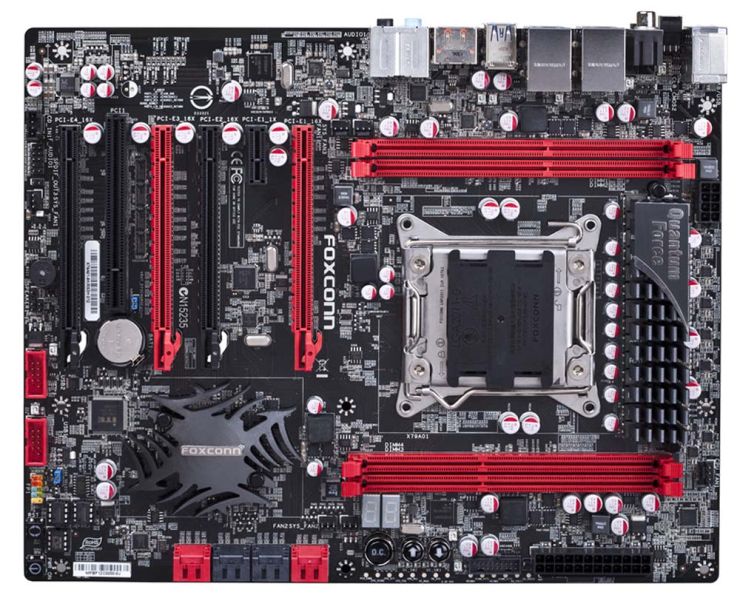 Foxconn today released pictures of their Quantum Force X79 motherboard. Don't let the name fool you - Quantum Force is Foxconn's branding for their gaming/enthusiast/overclocker boards and should be taken seriously, with striking looks and a feature set often seen on more expensive products from other manufacturers. We reviewed the P67 Quantum Force Rattler, and despite reservations it was a great overclocker and earned our Bronze Award.

As a X79 motherboard the Quantum Force naturally requires an LGA2011 Sandybridge-E processor and can boast the following features:

Based on the Intel latest Intel® X79 chipset, this motherboard features Sandy Bridge-E series processors and four channel DDR3 2400MHz (via overclocking) memory. 4 x 16 PCI-Express VGA card configuration which is 100% compatible with ATI Crossfire. Aside from these dynamic features, with a little help from Intel Turbo Boost Technology, each single-threaded application gains additional performance as the processor automatically increases its frequency when at least 1 core is not being used.

Supports 4 channel DDR3 memory up to 2400(oc)/2133(oc)MHz for unprecedented memory performance. Install up to 32GB of memory with O.C. orientation 4 DIMM sockets onboard. 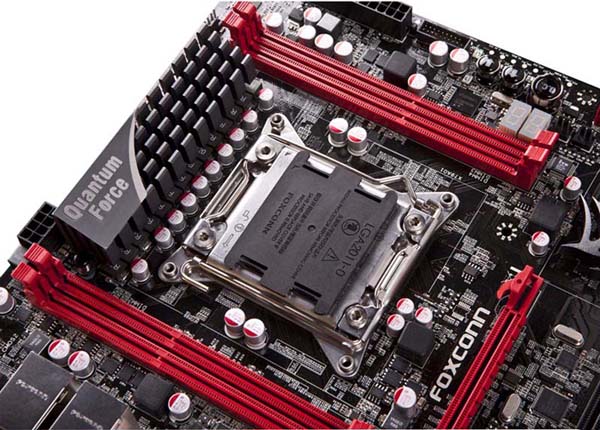 Quantum Force designers have an exceptional history in designing and building the most complete power distribution systems and the 14 phase Hybrid PWM system deliver stable power management whether the system is idle or under heavy loading. During these 14 phase Hybrid PWM system, 12 phase power for CPU and 2 phases for VSA, which provides accurate phase interleaving standing up to the demands of enthusiasts and overclockers? This finely-tuned power management system operates with better power efficiency, a faster and more stable response to changes in power consumption, and higher output current capability to support extreme overclocking.

Adjusting performance settings in the BIOS can be a nightmare for some users and often requires multiple trips into the BIOS to ensure your settings work properly. The Quantum Force design team has a better solution called the Prompt OC! Button. This function is a piece of hardware based instant Overclocking solution that can boost system performance even after the OS has loaded. 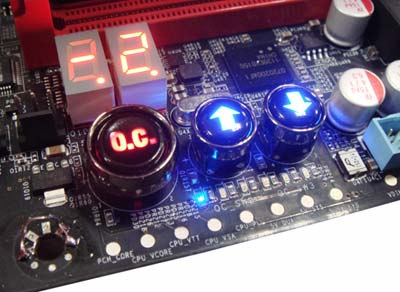 The enthusiast needs accurate system information as these details can assist them in reaching the highest performance. Inside the AI Controllerdesigners have created an elaborate monitoring system that provides vital statistics to the enthusiast while they are turning their system. Either it be for the best performance or breaking new records. Our designers know exactly what the real gamer desiring for and especially backup an EC BIOS which can wakes up the potential infinite control power of AI Controller.

Equipped with 100% solid capacitors developed by the leading manufacturers, with an average lifespan of 50,000 hours, Quantumian1 solid capacitors provide the stability, reliability and longevity essential to meet the power needs of high-end processors and other components running today's most demanding applications and games. 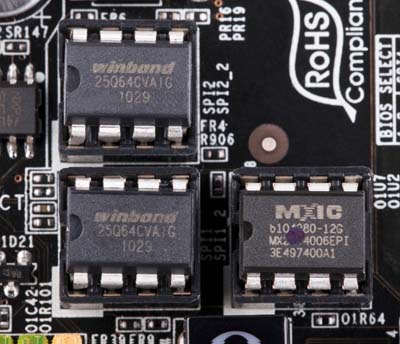 Twin BIOS allows for 2 different BIOS version can be installed on a single system which creates an ideal environment for overclocking experiments, enhanced system tweaking and system recovery. Quantumian1 offers an intelligent design that allows the user to switch between BIOS ROM images with an onboard jumper.

Compared to last generations USB 2.0 and SATA 2.0, the new USB 3.0's 5Gb/s offers more than 10 times the transfer bandwidth while SATA 3.0 provides twice the bandwidth than ordinary SATA 2.0. These significant breakthroughs allow you to transfer a Blu-ray movie disc over the USB3.0 port in less than 60 secs, and increases the data transfer rate between motherboard and internal storage devices.

As with all things X79, release date and pricing are unknown and will remain so until the NDA is lifted.