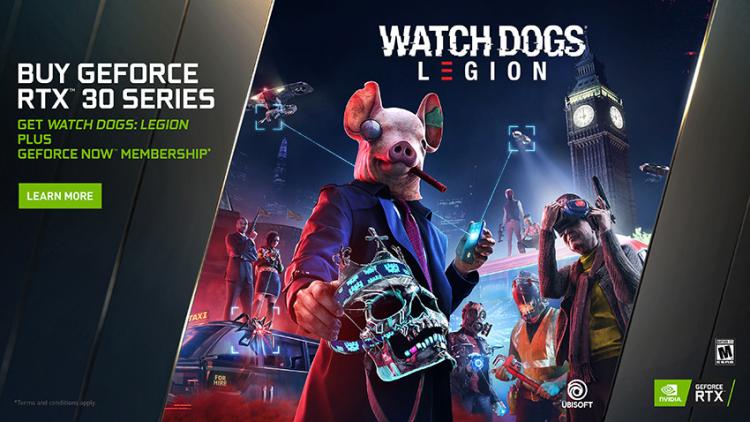 NVIDIA's upcoming GeForce RTX 30-series is scheduled to be in stores over the next couple of months, bringing new levels of performance (particularly in titles with ray traced visuals). The green team nonetheless want to sweeten the deal and, in partnership with Ubisoft, are also offering a bundle to go with the cards. Be it an RTX 3070 or the behemoth RTX 3090, any of the cards qualify if purchased from a participating retailer.

The first component is Watch Dogs: Legion, the third installment to Ubisoft's city-sprawling franchise. This time the action takes place in an near-future London, reproduced complete with notable regions and landmarks (even if a few liberties are taken along the way), but following a formula familiar to those who have played either of the previous two titles.

Watch Dogs: Legion also incorporates RTX graphical features including ray-traced reflections and extensive use of Deep Learning Super Sampling upscaling technology. It will be one of the first to support a new 8K DLSS Ultra performance mode, making high fidelity 8K gaming possible for the first time with a conventional (if high performance) GPU by rendering internally at 1440p and upscaling 9x.

Second and just as important is a year's subscription to GeForce NOW. This premium game streaming service lets you a wide swath of games that you own on a huge variety of low power devices including MacBooks and now Chromebooks as well as PCs and Laptops. The subscription would also allow you to take advantage of RTX features such as ray traced hybrid rendering without any specialised hardware. It's ideal if you split your time between two physical locations and are unable to lug your newly supercharged PC around with you. 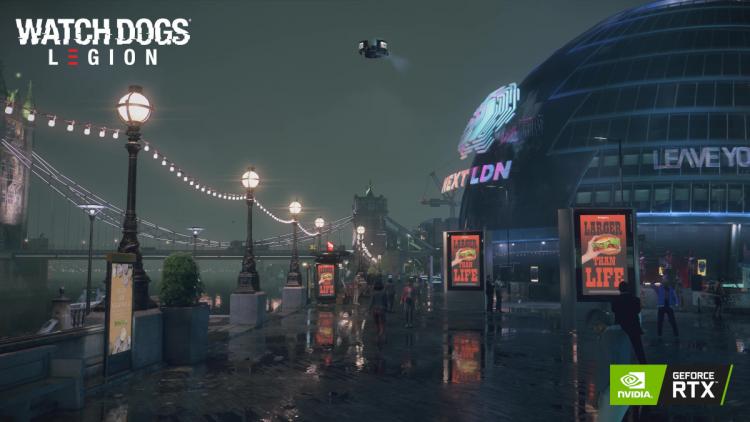 Watch Dogs: Legion goes live on October 29th, and to take advantage of the bundle you will need to make your purchase between September 17th and that date. More information including terms and conditions is available here. RTX 30-series pricing is as follows (indicates Founders Edition pricing inclusive of V.A.T.):