The GIGABYTE AORUS March OC Madness composes of four different stages which test the systems 2D processing capabilities. The four stages include XTU 5GHz, GPUPI for CPU-1B 5GHz, HWBOT Prime 5GHz and HWBOT x265 Benchmark-4K 5GHz stages. Participants will be limited to overclocking their CPUs up to 5GHz to give an equal playing field between the novices and pros. Scoring is set per stage based on the benchmark scores of the of the competitors.

Eligibility
Open to all participants that use an Intel processor and GIGABYTE motherboard.

Competition Rules
This competition is limited to GIGABYTE/AORUS motherboards only.
Only up to 6-core CPUs are allowed.
CPU and Cache Frequency limited to 5Ghz.
Please attach a picture of your overclocking rig.
Must use official competition background.
A verification screenshot is required.
To be eligible for the lucky draw, participants must submit in all stages of the competition.
In a case of a tie, the tie-breaker is the best score in Stage 3. If theres still a tie, the best score in Stage 2, etc 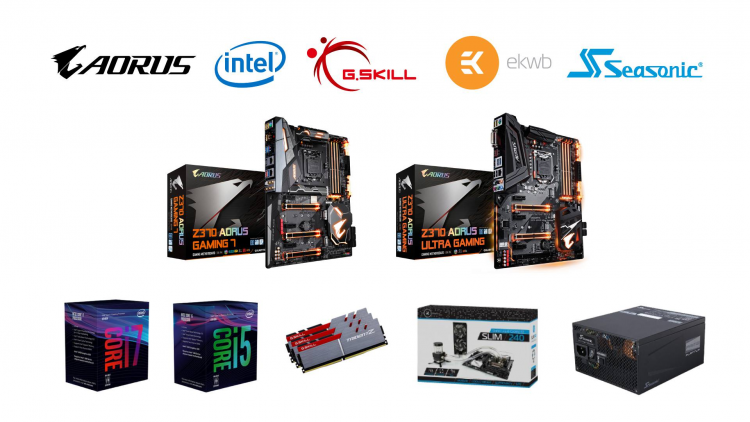 For more information on the competition please visit the following: http://oc-esports.io/#!/round/gigabyte_aorus_march_oc_challence_2018