Google Chrome celebrated is 10th year anniversary earlier this month putting out a new look along with new features such as the Chrome Omnibox and improved Password Manager, check out the article here. Today, the Google Chrome team clarifies how the browser handles sign-ins and addresses some of the feedback coming from users since the updates rolled out.

Using the latest Google Chrome version, when you sign in into any Google website, you will also be automatically signed in into Chrome. The users Google Account profile picture can be seen on the top-right corner of the browser. When you sign out from either any Google account or Chrome, it will automatically sign out the other. Google wants to clarify that signing into Chrome does not turn on Chrome sync. Users must manually turn on Chrome sync if they want their data on the device synced which includes browsing history, passwords, and bookmarks. The new UI simply reminds users which Google Account is signed in. The UI changes aims to prevent users from inadvertently performing searches or navigating to websites using a different users account. 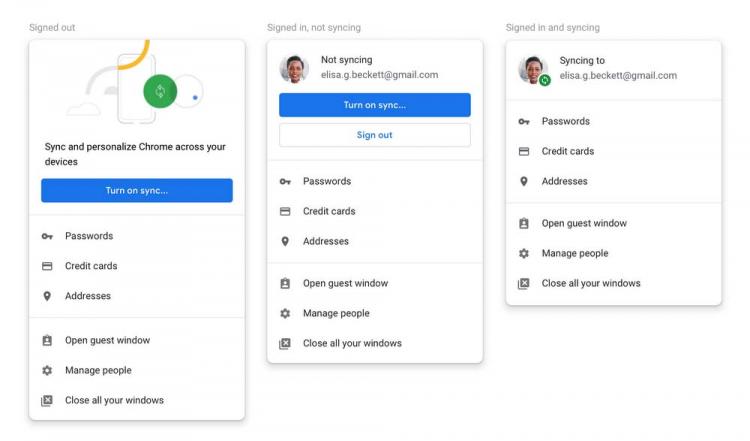 The Google Chrome team is already working on the next update which are solutions from some of the feedback provided from users. Version 70 is scheduled to be released on mid-October 2018. The update will include the following features below:
- A control that allows users to turn off linking web-based sign-in with browser-based sign-in. For users that disable this feature, signing into a Google website will not sign them into Chrome.
- Improve UIs to better communicate a users sync state.
- Handling clearing of auth cookies wherein clearing cookies will automatically sign the user out.

Learn more about the latest news and updates from the Google Chrome team at https://www.blog.google/