HIS Also Have A 7970X2 Under Development 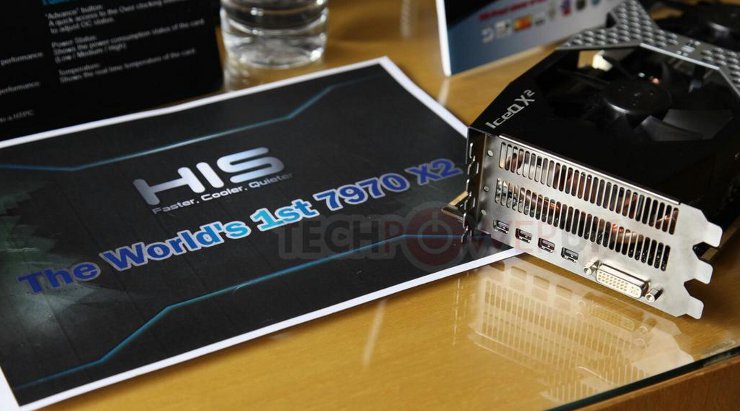 Hot on the heals of the Powercolor's Devil 13 reveal comes the HIS 7970 X2 IceQ, another upcoming dual-GPU card with two AMD HD7970 GPU's onboard. TechPowerUp snapped some shots of this 100% custom PCB card at Computex Taipei last week, and it's certainly a much more refined style that the outlandish Devil 13.

The card itself has two Tahiti XT GPU's, probably clocked at speeds exceeding the current reference speed of the HD7970. Each GPU will be backed by at least 3GB of GDDR5 RAM in order to deal with higher resolution and image quality requirements; a dual-link DVI and four mini Display Ports mean that the card can support up to 5 displays with Eyefinity. 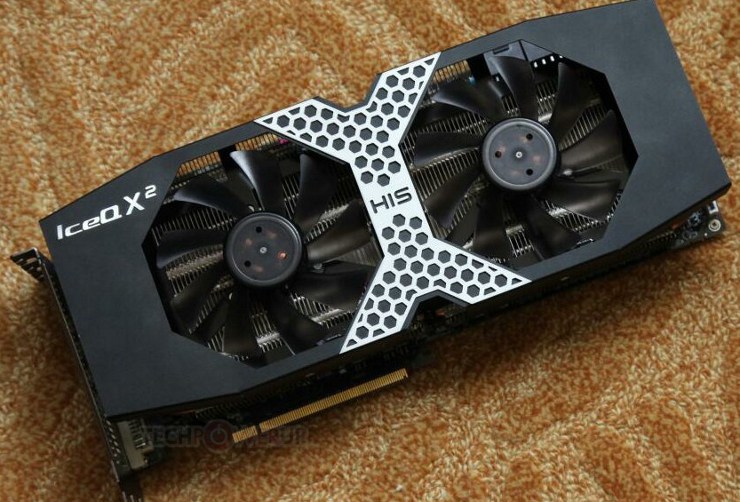 Cooling the no-doubt toasty components is a triple-slot variant of HIS's IceQ X2 cooler is rather understated black and silver rather than the red of Powercolor's Devil 13; only two fans cool this card, which may or man not speak to its final overclocking potential. A black back heatspreader finishes off the card very nicely indeed.

HIS aim to be the first to release an HD7970 X2, hoping to undercut Powercolor's late-July due date for the Devil 13. The price... well, it's a dual GPU card; cheap it certainly will not be.

Assigned tags:
HIS, AMD, 28nm, gcn
Please share your thoughts by commenting below!