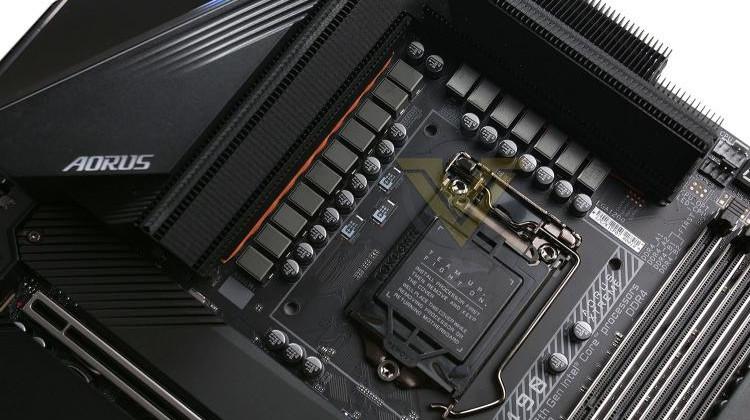 LGA1200, as seen on the Z490 AORUS XTREME, to last only a couple of generations

Intel's 10th Generation Core 'Comet Lake' processors are now available on desktops, and in the medium-term Rocket Lake-S is expected to replace their cutting edge lineup, but we're also seeing a few minor leaks escape regarding a future beyond even that. [url=https://en.wikichip.org/wiki/intel/microarchitectures/alder_lake]Alder Lake-S will be Rocket Lake's successor on desktop, and thanks to an inadvertent security hole on Intel's technical support site a little more info has been ascertained.

Comet Lake's launch saw the introduction LGA1200 sockets to Intel's desktop platform, alongside support for PCIe Gen 4 on 400-series as and when compatible processors are released. Rocket Lake-S is expected to introduce this technology late this year or in 2021, and it makes sense therefore for 400-series motherboards and LGA1200 to be forwards compatible to the these 11th Gen processors. The new leak, posted by repeat offender @momomo_us, indicates that the desktop platform will change significantly after that. 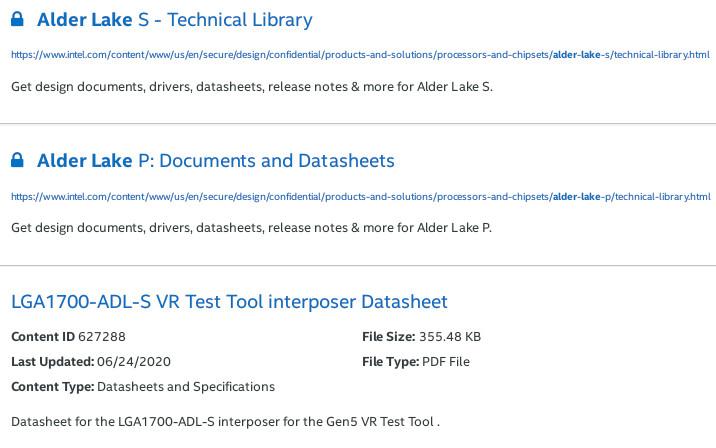 Intel's industry support site apparently exposed some web pages to unauthenticated browsers, allowing just a little info to seep out. The most salient point here is that the interposer for Alder Lake-S (i.e. the mainstream desktop implementation of the Alder Lake CPU architecture) will utilise LGA1700 rather than LGA1200, putting a neat expiry date on the current socket. This could also necessitate major revisions to standard Intel cooling solutions if the package footprint changes significantly.

Alder Lake should be the first outing of Intel's 10nm lithographic node on desktop, and may also be the first to support DDR5 memory. Timing another major socket update to coincide with the transition to a new memory standard is ideal, but it also pre-emptively undermines Rocket Lake-S and an accompanying 500-series motherboard lineup. If Rocket Lake-S doesn't have exceptional performance advantages over Comet Lake (and that's unlikely, even if the underlying CPU core architecture is updated) the new processor and motherboard would have near-term obsolescence guaranteed from day one.

Videocardz.com adds some additional important analysis including flagging up 'Gen 5' as not referring to PCIe Gen 5 but rather a new voltage regulator design. Alder Lake-S may arrive as soon as late 2021, placing the launch of Rocket Lake-S under even more time pressure.