Recently we brought you a few stories about the R9 295X2 and the only thing we have to go on to determine what it could look like is the ARES II with a hybrid cooling system.

A user has posted in the Chinese based forum www.chiphell.com 2 pictures of the 295X2. While AMD have not confirmed that this is actually the 295X2 it sports a hybrid cooler, dual-slot design and is definitely not the ARES. The pictures also show that the card will require 2 8-pin PCIe power connectors which could mean the card will draw at least 375 W of power on its own. 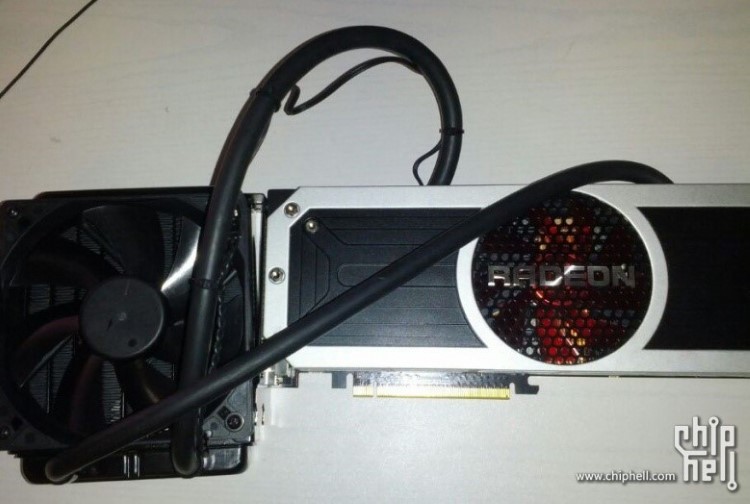 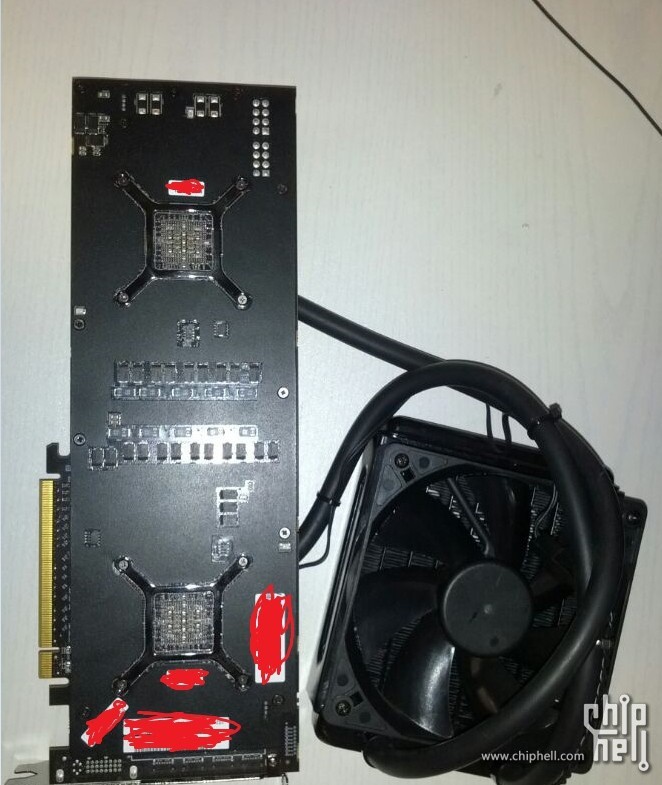 Keep in mind that this is still all speculation as AMD have not confirmed or released any official specs. Stay tuned for more information when it is released.