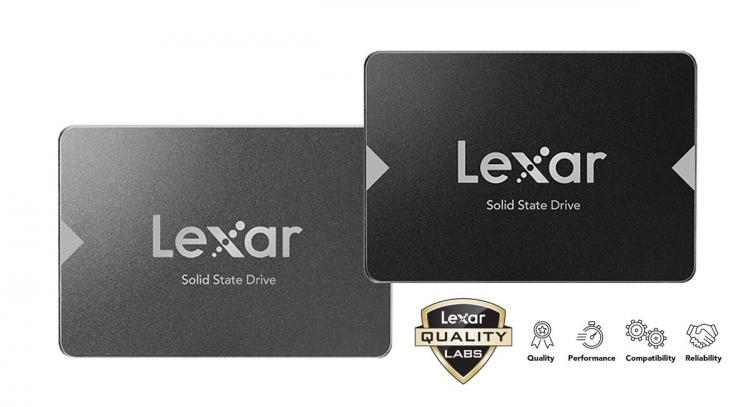 Last year, Lexar announced the discontinuation of its flash storage retail business. On this announcement, Micron is exploring opportunities to sell Lexar which succeeded and was sold to Longsys, a Chinese flash product manufacturer. Under new management, Lexar is seemingly back into flash products. With that, Lexar presents two internal solid-state drives for a wide selection of consumers for desktops and notebooks  the Lexar NS100 and NS200 SSDs. The Lexar NS100 and Lexar NS200 solid-state drives use the standard 2.5-inch form factor. The Lexar NS100 is tailored to be affordable for casual users offering a faster storage solution than traditional hard drives. The Lexar NS200, on the other hand, is tailored for professionals, enthusiasts and gamers that demand high-performance storage drives.

The Lexar NS100 SSD series offer casual users an affordable performance upgrade for faster boot-up times, application loading times and data transfers of up to 550MB/s sequential read speeds. It comes with the Lexar SSD Dash software that assists users in monitoring the drive health, S.M.A.R.T. status and drive condition of the NS100 SSD. The software also has a firmware update tool and secure erase tool for users to use whenever needed. The Lexar NS100 SSD Series is available in 120GB, 240GB and 480GB capacities with a 3-year limited warranty with an MSRP of $29.99, $49.99 and $89.99 respectively.

The Lexar NS200 SSD Series is built for enthusiasts, professionals and gamers with its faster data transfer speeds of up to 510MB/s sequential write and 550MB/s sequential read to deliver performance suitable for gaming, photo and video editing. The Lexar NS200 also comes bundled with the Lexar SSD Dash software that comes with monitoring and utility tools. The Lexar NS200 comes in 240GB and 480GB capacities with an MSRP of $79.99 and $109.99 respectively.