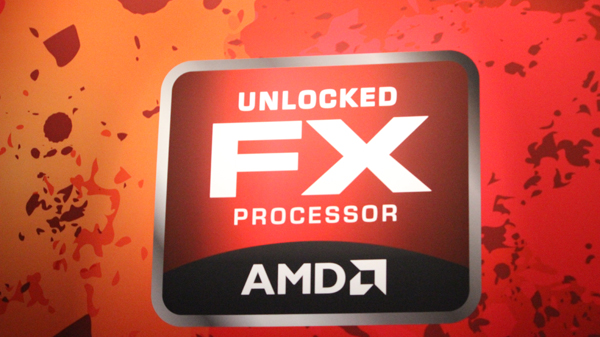 We reported last month on a patch for Windows 7 which was intended to improve performance for Bulldozer-based systems. Unfortunately this patch was apparently released in error, and quickly removed from the patching servers. Today a two-part patch has become officially available which addresses those inadequacies which the previous patch had been intended to address.

Adam Kozak, a product marketing manager at AMD, had this to say on AMD's official blog:

Some of you may remember that AMD FX processors use a unique dual-core module architecture codenamed Bulldozer, which current versions of Windows® 7 were not specifically architected to utilize. In essence, for those with an AMD FX-8150 Processor, for example, Windows 7 sees the eight available cores and randomly assigns threads to them.

In initial testing of the upcoming Windows 8 operating system, weve seen performance improvements of up to 10% in some applications, when compared to Windows 7. This is because the system correctly recognizes the AMD FX processor architecture and cores. Thanks to close collaboration between Microsoft and AMD, Microsoft recently completed back-porting some of the Windows 8 scheduler code for AMD FX processors into a hotfix for Windows 7.

Whilst not enough to address many of the criticisms of Bulldozer, a 10% boost in performance is nothing to be sniffed at. The patching process is at follows:

1) Download the scheduler update (KB2645594) and install. This will tell the scheduler that your AMD FX processor contains dual-core modules (in fact this is similar to the SMT path that the other guys use). In essence, threads 1-4 now get assigned to their own module first.

2) Download the core parking scheduler update (KB2646060) and install. This will prevent Windows 7 shutting down unused cores prematurely when there are threads to be assigned (theres a performance penalty parking and then un-parking a core).

The best possible cases for improvement are applications that use ½ cores in your AMD FX processor. In our testing using the AMD FX-8150 processor, we found the best improvement in wPrime, Left 4 Dead 2, and Lost Planet. Below youll find links to the patches:

Hopefully Bulldozer performance will continue to improve as software begins to take advantage of its architecture.

There are currently 571 user(s) online:
Google