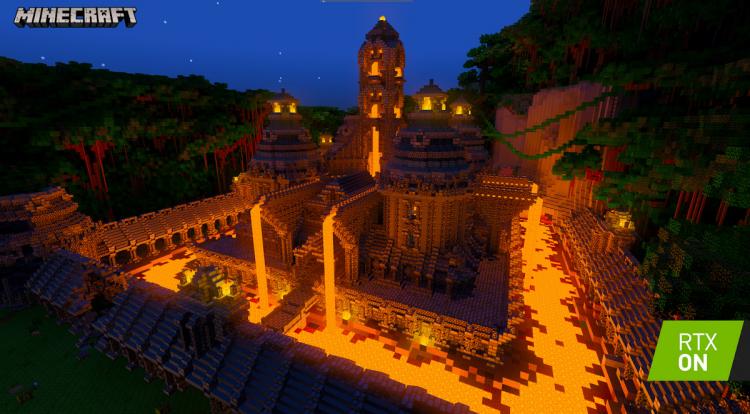 Of Temples and Totems RTX by Razzleberries

Adoption of NVIDIA's RTX ray-tracing triple-A game developers has been a little laboured since the technology's introduction. Most RTX 20-series hardware owners would likely struggle to come up with many games that support it, probably trailing off quickly after half a dozen. Nonetheless the drip of releases is slow but steady, and will feature one surprising name in 2020.

At Gamescom 2019 NVIDIA and Mojang partnered to show off an early build of Minecraft with RTX - the core Minecraft game engine in Windows 10 with real-time ray tracing powered by RTX technology and Microsoft DXR. Hooking up with the monumental giant of casual gaming that has inspired millions of young people to build worlds of their own is obvious in retrospect, especially given the less stringent graphical requirements of the core game without ray-traced lighting and reflections, but integrating the feature was not a trivial task. 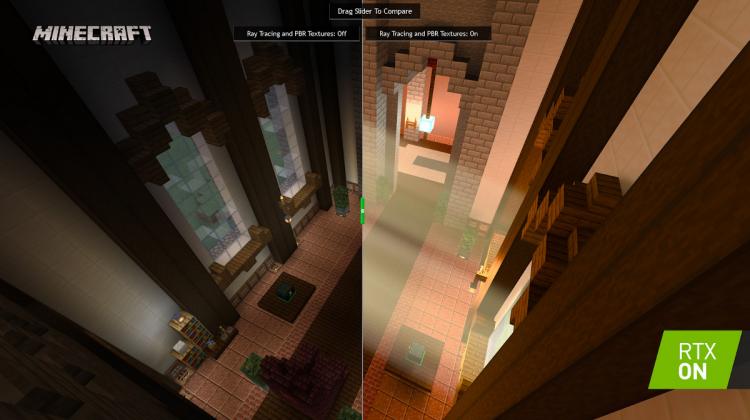 At the time of the unveiling Mojang emphasised a Beta release in early 2020, and GTC 2020 would have been the ideal time to demonstrate the progress so far. Sadly the low-key nature of the event - diminished by the impact of necessary coronavirus mitigations - meant that it couldn't take centre stage this year, but the partnership have nonetheless come together to present a more detailed first look at Minecraft with RTX.

A Technical Introduction to Ray-tracing in Minecraft with RTX

The developers have also worked with three prolific Minecraft world creators to showcase the potential that can now be realised with the new lighting engine. The vistas they've created look nothing short of stunning despite the game's fundamentally cuboid nature, making the visual upgrades appear to be more of a Minecraft 2.0 rather than straightforward addition to the core game. 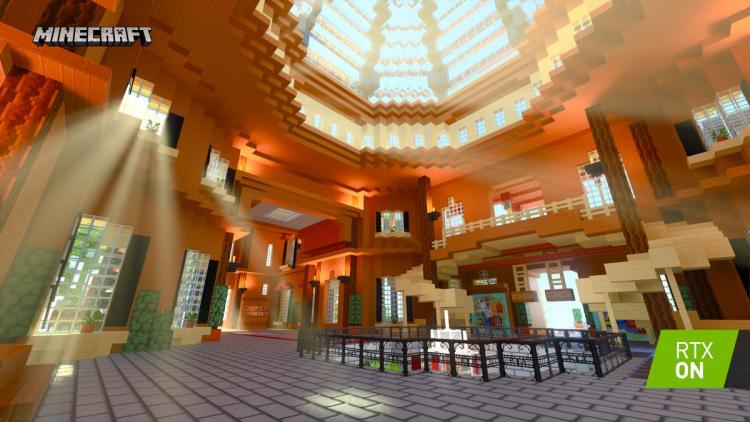 Complementing this showcase are step-by-step guides to implementing the features to worlds for creators and a GTC presentation on material creation for the engine. NVIDIA have also created a guide to converting popular Java Worlds to the Bedrock engine for Minecraft with RTX.

We get the sense that Minecraft with RTX will be available soon, perhaps to coincide with Next-generation XBOX announcements in the middle of the year; with luck the lighting improvements will be augmented by new high resolution texture capabilities. And hopefully this won't be the last classic title to be given a new lease on life with the integration real-time ray tracing.