PowerColor are really displaying their innovation of late with a passively cooled 6850, the latest PR officially announcing the LCS 6990 and now the dual 6870. While the cooling solution hasnt been seen yet, this card could yield impressive results when released and is likely to be displayed at the coming Computex event in June. 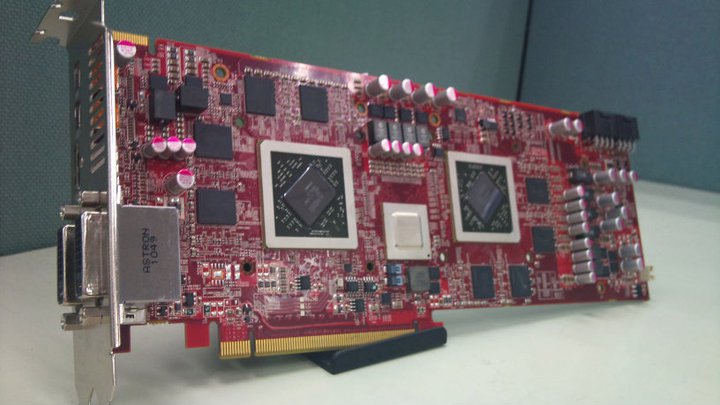 Image shows the two 6870 cores either side of a PLX-made PCI-Express bridge and each GPU has 1GB of GDDR5 memory.


While there will be advantages to having two cores on one PCB, such as power draw and space saving, it will be interesting to see how their latest addition performs in comparison to two 6870s in CrossFireX. There is no word on the stock clocks of this card yet but considering it has 2x 8pin power connectors, it seems that there will be plenty of power to supply a decent overclock.