Beaverton, OR  March 17, 2020  6:00 AM PT  Today, The Khronos® Group, an open consortium of industry-leading companies creating advanced interoperability standards, announces the ratification and public release of the Vulkan® Ray Tracing provisional extensions, creating the industrys first open, cross-vendor, cross-platform standard for ray tracing acceleration. Primarily focused on meeting desktop market demand for both real-time and offline rendering, the release of Vulkan Ray Tracing as provisional extensions enables the developer community to provide feedback before the specifications are finalized. Comments and feedback will be collected through the Vulkan GitHub Issues Tracker and Khronos Developer Slack. Developers are also encouraged to share comments with their preferred hardware vendors. The specifications are available today on the Vulkan Registry.

Ray tracing is a rendering technique that realistically simulates how light rays intersect and interact with scene geometry, materials, and light sources to generate photorealistic imagery. It is widely used for film and other production rendering and is beginning to be practical for real-time applications and games. Vulkan Ray Tracing seamlessly integrates a coherent ray tracing framework into the Vulkan API, enabling a flexible merging of rasterization and ray tracing acceleration. Vulkan Ray Tracing is designed to be hardware agnostic and so can be accelerated on both existing GPU compute and dedicated ray tracing cores if available. 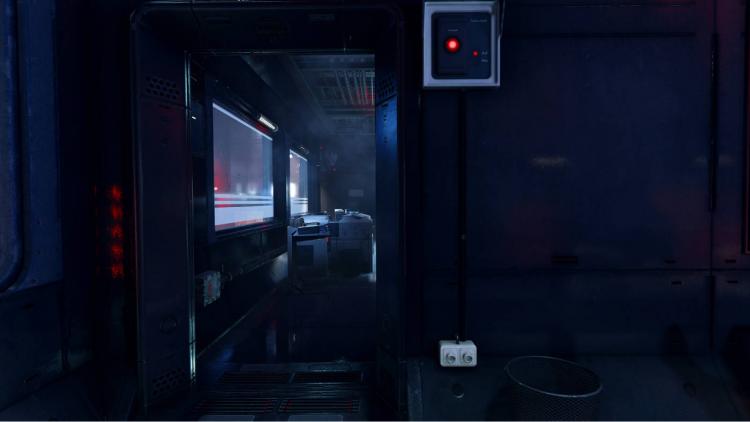 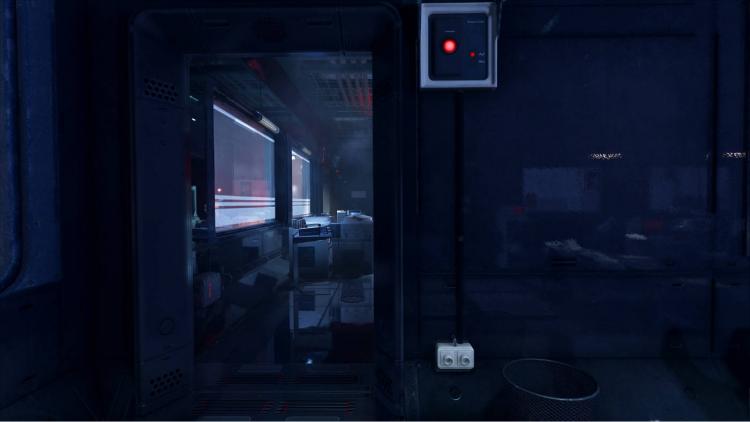 Vulkan Ray Tracing consists of a number of Vulkan, SPIR-V, and GLSL extensions, some of which are optional. The primary VK_KHR_ray_tracing extension provides support for acceleration structure building and management, ray tracing shader stages and pipelines, and ray query intrinsics for all shader stages. VK_KHR_pipeline_library provides the ability to provide a set of shaders which can be efficiently linked into ray tracing pipelines. VK_KHR_deferred_host_operations enables intensive driver operations, including ray tracing pipeline compilation or CPU-based acceleration structure construction to be offloaded to application-managed CPU thread pools. 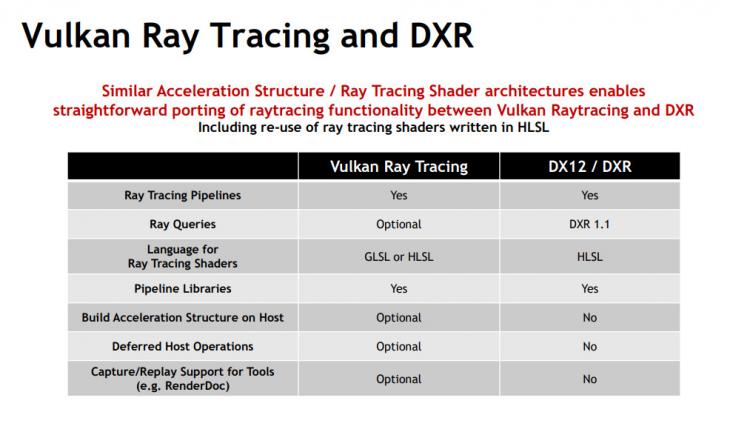 "Standardizing ray tracing in Vulkan is an important step towards making ray tracing available across a wide range of devices, as well as enabling developers to use this technology to its full advantage. AMD intends to provide support for all of the major features in this extension, including ray shading, ray queries, and CPU acceleration structure management. We will be working with developers to ensure great performance from our Vulkan Ray Tracing implementation; these efforts will help us to provide end users with even more visually stunning graphics on AMD Radeon GPUs, said Andrej Zdravkovic, senior vice president, software development, AMD.

EA is happy to see the release of the provisional ray tracing extension for Vulkan. Realtime ray tracing is already an important part of game development and it will continue to be in the future. Allowing ray queries from any shader stage is a great feature, which will both simplify integrations and open up the possibility for new techniques while multithreaded host-side building of acceleration structures has the potential to reduce latency and improve the performance of our upcoming game titles, said Sebastian Tafuri, senior rendering engineer at Frostbite, EA.

Epic Games has been an active member of the Vulkan Ray Tracing group from the beginning, and we are happy to see the ray tracing extension released to the public. We at Epic Games continue to wholeheartedly support Khronos's efforts on creating open standards to enhance the end-user experience, said Yuriy ODonnell, rendering engineer, Epic Games.

"Imagination Technologies are very happy to see ray tracing become a standard part of Vulkan, helping the overall ray tracing ecosystem to grow substantially due to Vulkan's wide reach across many platforms and devices," said Rys Sommefeldt, senior director of product, Ray Tracing and High Performance Graphics, Imagination Technologies. "We are very supportive of the standard, which will help us deliver the efficient, fast, and focused hardware solution we are developing for our customers."

"We are very excited about having hardware ray tracing support baked into Vulkan. Vulkan Ray Tracing enables us to research high-end rendering solutions, while also having support for all supporting vendors and platforms with minimal overhead, said Jules Urbach, CEO, OTOY.

There are currently 641 user(s) online:
Google