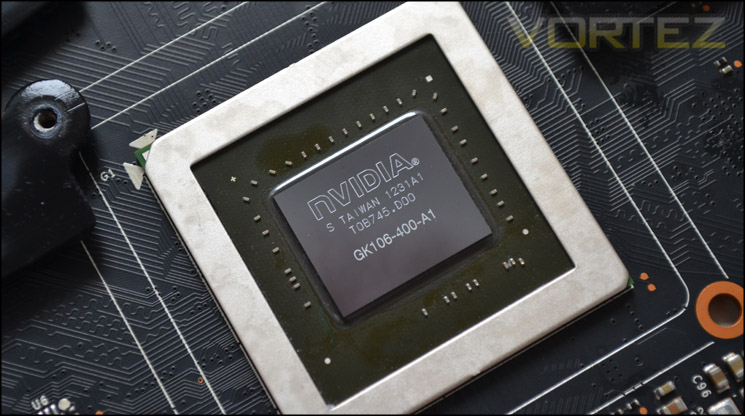 NVIDIA rounded out the 600-series of desktop graphics cards yesterday with the GeForce GTX 660 and GTX 650. The release of these SKUs follows that of the 660Ti last month, and the cards occupy a market position below that of the 660Ti and effectively replace the GTX550 and GTX560 as expected. W3bbo has a review of the ZOTAC GTX660 2GB GDDR5 and provides more detail with objective benchmarks; this piece is merely intended as a primer for expectations. 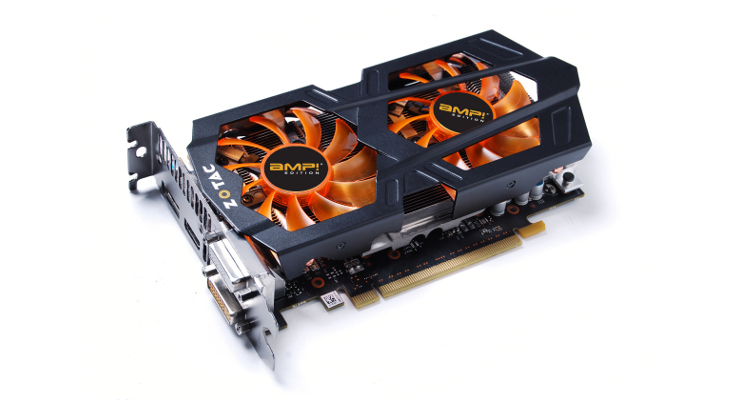 First up is the GTX 660, occupying a crucial position in the 600-series which is paradoxically hard to describe. The x60 cards are typically the entry-level performance cards, ideal for gamers with budget concerns who still want to enjoy fairly high image quality settings at smooth frame rates. Previous Fermi cards were prime examples: the GTX460 768MB was a solid for 1680*1050 gameplay (as well as the first Fermi with widespread critical success), which the GTX560 non-Ti built on. Neither had the acclaim of the 560Ti, but both more than justified their existence and allowed gamers to have a great gaming experience for not a lot of money. Conceptually, the range has been targeted against AMD's x850 SKU, though pricing tends to put the heads-up comparison out of whack.

Built around the Kepler-based 28nm GK106, the GTX660 is the first desktop Kepler gaming card which doesn't utilise the GK104 seen in the GTX680-660Ti. NVIDIA's GK106 is a smaller GPU than the GK104, with slightly more than half the CUDA cores (960 vs 1536) and therefore still substantially fewer than the 660Ti/670 (1344). The raw specs are a significant step down from the 660Ti, and we would expect to see a pretty large performance hit.

The base clock and boost clock are - as you should expect for 28nm parts - extremely healthy, clocking in at 980MHz/1.03GHz respectively for the reference design and likely much higher for partner releases. ZOTAC's GTX660 is factory overclocked to 993MHz, whereas premium AIC versions such as their AMP! Edition already feature a factory overclock approaching 1050MHz. Even without voltage tweaking, W3bbo was able to push close to a 100MHz overclock on the GTX660, indicating that the card may become a budget overclocking favourite.

Although the standard memory configuration is 2GB (linked via a 192-bit memory bus), EVGA and perhaps other NVIDIA partners are experimenting with 3GB. The tangible benefits of more memory remain to be seen but in theory it should aid performance at higher resolutions and IQ settings. It's rarely as simple as that however, and we note that the 2GB GTX 660Ti performance adequately at only 2GB memory.

NVIDIA are pitching the GTX 660 directly against the HD7850 in discussions to media, though the pre-launch pricing indicates that a 7870 is a closer competitor. That particular trend has been the case with most of the Kepler cards released since the GTX680, although aggressive pricing adjustments by AMD just prior to an NVIDIA launch have been a factor.

In terms of the typical customer, the user group NVIDIA imagine would be upgrading to the GTX660 are those who bought a new GTX460 a couple of years ago, and are looking to push 1080p gaming with reasonably high graphics settings. That's certainly no small market segment; MMO/RPG players will often tend to have an extended upgrade cycle which coincides with new title releases or game expansions. Those who do upgrade should see a 40-60% improvement in performance in most titles (around that of the 480/570), easily exceeding the 'worth it' standard many gamers have. Even those running a 560 non-Ti should see a good boost on the order of 30-40%.

NVIDIA also touts the streaming and recording capabilities for the GTX660, an attractive activity thanks to the ubiquity of Youtube and Twitch. We cant speak as to their capability in this regard, but the system youll likely need to support these endeavours are a little higher in spec than your typical two-year-old system (1st gen i3/i5, 8GB RAM etc.).

Which is where we come to the price: we have been quoted the MSRP of the reference GTX 660 to be around the £189.99, firmly in the territory of good factory overclocked HD7870's at the time of writing and £60 less than the GTX660Ti. The ZOTAC GTX660 should come in at £179.99, and as usual the bespoke cooling and factory overclocking of an AIC design is looking tempting over reference 'blower' coolers. The choice of Red or Green brand will be difficult, but the improvements for those with an extended upgrade cycle is enough to justify some form of purchase. Also of note is that a PSU upgrade won't be required, keeping the upgrade cost to just the price of the card. 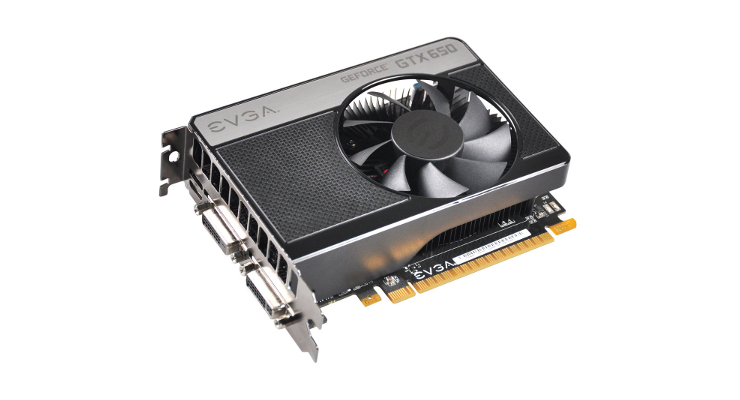 NVIDIA's second card is the GTX650, an entry-level discrete VGA card intended for gaming on a far tighter budget, as well as HTPC set-ups thanks to a low TDP. The GTX650 is a Kepler-based card which utilises the GK107 GPU seen in NVIDIA's recent notebook graphics parts and the GT640, though unlike the latter will feature full GDDR5 memory.

As you can see the GTX650 is a big step down from the GTX660 in terms of raw specs, and is the first Kepler gaming card to not feature GPU Boost. Compensating for a lack of CUDA cores is a 1058MHz reference clock, the highest of any Kepler card to date. A 128bit memory interface and 1GB of RAM indicate that 1080p gaming on medium settings will probably be the top end, but the trade-off will be a very low TDP and what NVIDIA claim to be 'best in class' power efficiency.

As with the GTX660, NVIDIA have a clear user group in mind for the 650: those who have a 4-year upgrade rotation. These users would be currently be running on the order of a 9500GT, a venerable card which was pretty strong at the time but probably not 'good enough' any longer. High Definition (1080p) gaming under DX11 is touted as the standard for the 650 - 45FPS in Mists of Pandaria @ Medium Quality will be an oft-quoted figure - but expectations should be modest at best. NVIDIA themselves are modest in their sales pitch: the improvement over a GTX450 is anticipated to be 20%, although those with an 9500GT will be getting up to 8x more performance.

A principle competitor to the GTX650 should be AMD's HD7750: NVIDIA claim it to be 20% better than AMD's card but we understand that the HD7750 is itself significantly faster than the GTX450. We would hope to see the GTX650 closer to the HD7770 at the quoted MSRP.

That rounds out NVIDIAs two new SKUs. The GTX660 is almost guaranteed to be a hit given strong performance metrics and the range of new titles and game expansions due this autumn. On the strength of our benchmarks the card punches above its weight in the 600-series, detracting considerably from the ~£60 more expensive GTX660Ti. Microsoft's Windows 8 OS is also out next month, so this is a prime time for NVIDIA to gain market awareness if not increase market share.

A GTX650 is a much harder sell priced at close to £100 and straddling the HD7750 and HD7770 in performance. As is often the case, the £100 price point represents a catch-22; today that is especially true considering the excellent value for money of mid-range cards from the previous generation. The GTX650 shares this uncomfortable fact with the HD7770 however, and so the drawback is likely a wash for NVIDIA.

Finally, we should note the performance and price gulf between the GTX650 and 660. When we quizzed NVIDIA on this they were understandably non-committal, but we wouldn't be surprised to see a GTX650Ti based on the GK106 core in the coming months.