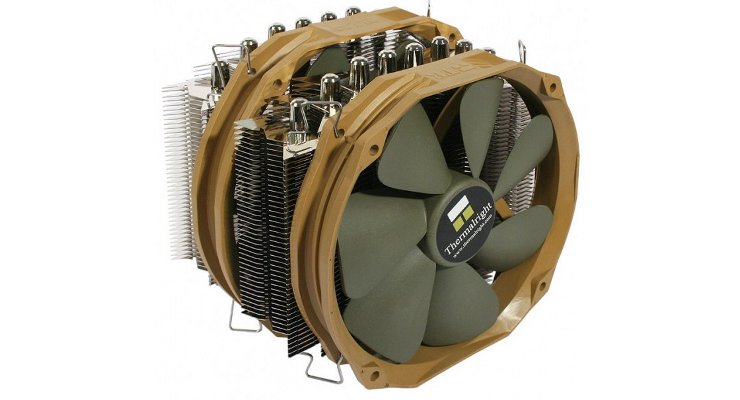 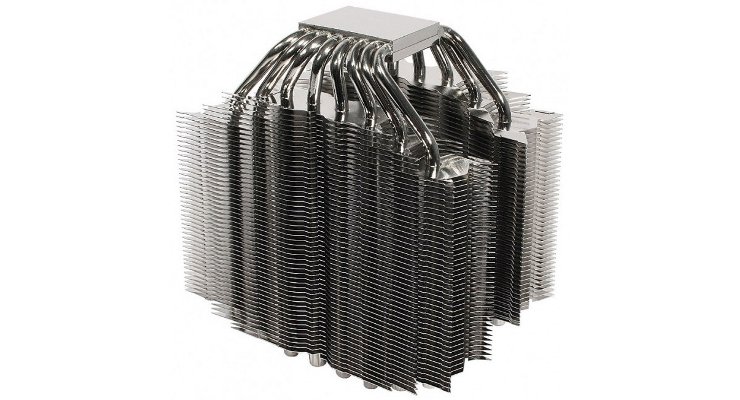 As with all of the best performing CPU coolers, the Silver Arrow SB-E remains a twin-tower style cooler. Taken as read is out of the box LGA2011 compatibility, in addition to supporting AMD AM2/AM3/AM3+ and Intel LGA 1366/1155/1156/775. Rather than four 8mm diameter heatpipes, the SB-E edition moves to eight 6mm heatpipes in a more densely packed configuration, likely as an adaptation to the larger area of the Sandy Bridge-E CPU die and heat spreader. Air flow should also be commensurately higher: the package includes one TY-141 140mm fan and one TY-150 150mm fan rather than the two TY-140's of the Silver Arrow.

The Silver Arrow SB-E will begin shipping at the end of this month; pre-order pricing is listed as ~$100/75 Euro.