👤by Ed Hume  Comments 📅31-07-12
Conclusion
The faster a fan spins, the more air it pushes and the more noise it makes. The Devil, as always, is in the details. You have been swamped with details, and yet there are more fans out there than this review can cover.

First of all, the brand sellers' specifications for these fans were collected and presented in a consistent format. Then the fans were measured for speed and noise. Of course, most of the fans ran at around their specified speed. Even with the varying Voltages that power supplies can produce, the fans were close. Where some of them were not close was in the noise (SPL) they produced. Some sellers you learn to trust, some not.

Next the fans took their turns blowing into a heatsink and cooling it. The results are there for you to read. As much as you would like some reviewer to sing rhapsodies over some fan or other piece of equipment, there is no substitute for you looking at the data yourself. Care was taken to arrange the information in useful ways, so you can find just the right fan for your various needs.

Finally, you get to see how fan speed, noise and cooling power relate to each other. One thing that becomes clear is how dearly you will pay in noise to get those last few degrees of cooling. If you want much better cooling than what you have, a better heatsink will get you better results than a stronger fan. 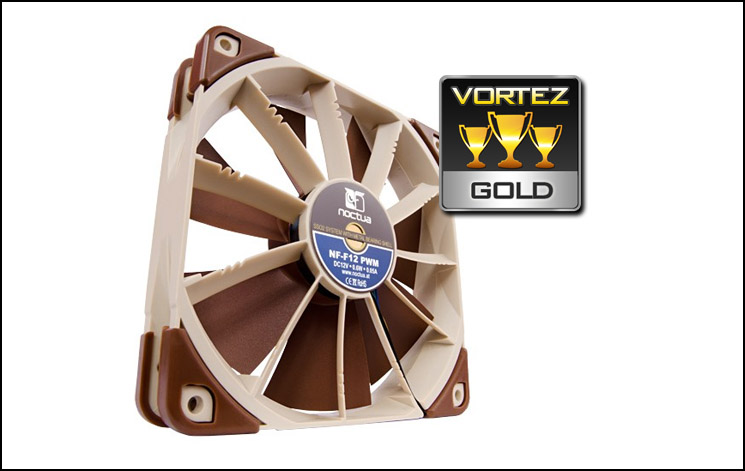 The Noctua NF-F12 PWM brings three innovations to 25mm fans. First of all, it brings the stator vane design to 25mm consumer fans. The stator vanes improve the static pressure, which allows this fan to excel when it is used on radiators, as well as holding its own on heatsinks.

The second innovation is something new in stator vanes -- varying angular distance. It not only makes these fans quieter, but it is a great idea. A fan that spends less energy making noise probably spends more energy pushing air. It is an innovation you might later see on industrial fans.

The third innovation is the non-clicking PWM circuits. At low speed, all you hear from this fan is air. This is such a good idea that since the introduction of this fan, the click-free PWM circuit has spread to all of Noctua's fans.

Of course, there are a number of other innovations with this fan, but the three above make this a GOLD fan. 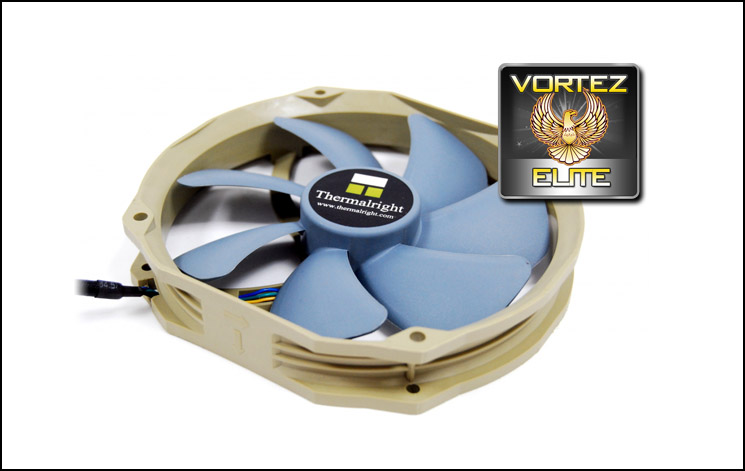 The Thermalright TY-140 is a quiet fan that is quite versatile. With its 120mm screw holes it will fit most places in a case where you would normally fit a 120mm fan. But with its wider sweep this 140mm fan moves air gentler and more quietly than a 120mm fan. Other fan sellers are only recently making PWM 140mm fans, but this fan is widely available, and at a moderate cost. An ELITE fan. 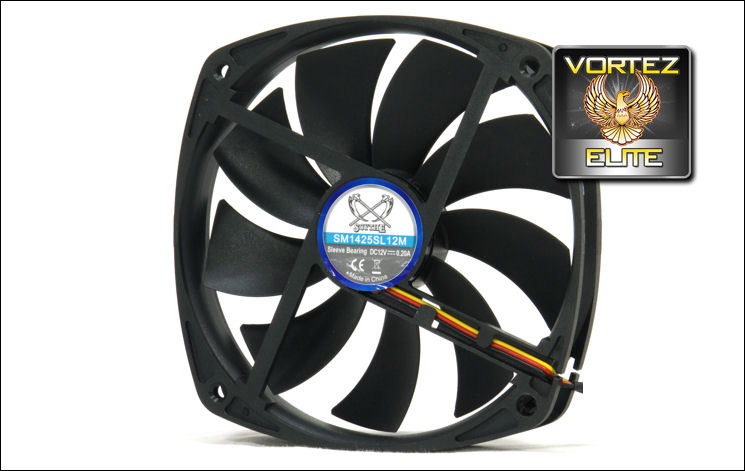 The Kaze Maru 2 / Slip Stream 140 is another 140mm fan with 120mm screw holes, and it also will fit most places in a case where you would normally fit a 120mm fan. The range of KM2 fans gives you a choice of how loud you want your fan to be, while giving you among the best cooling power at any noise level. As with any sleeve bearing fan a KM2 needs periodic attention, but the excellence of the fan's performance and its low price make it among the ELITE.