1MORE has already begun to cement themselves in the audio industry, and now theyre making a push into the gaming market. Theyve already dipped their toes into the gaming pool with last years Spearhead VR, but this year looks to be a bit different though as they are debuting three new gaming orientated headsets. Today we will be taking a look at their most premium flagship offering which is their Spearhead VRX. The VRX will be the successor to the VR and looks to improve upon the already stacked feature set.

The impressive features that carry over from the VR include, 50mm Graphene audio drivers, a frequency response of 20Hz to 20,000Hz, LED lighting control and much more. The VRX builds upon that be integrating Waves Nx head tracking which is supposed to deliver an ultra-realistic 3D audio experience. If you are unfamiliar with Waves, they are a technical Grammy award-winning company that specialises in creating state-of-the-art audio DSP algorithms, and they have worked in conjunction with 1MORE to create a the Nx feature which will be exclusive to the VRX headset. 1MORE are no strangers to working with Grammy award winners as we found with their Triple Driver earphones. This shows that 1MORE know their limits and arent afraid to seek others expertise to offer the best possible experience for the end user, but will all this tech translate into a coherent performance? 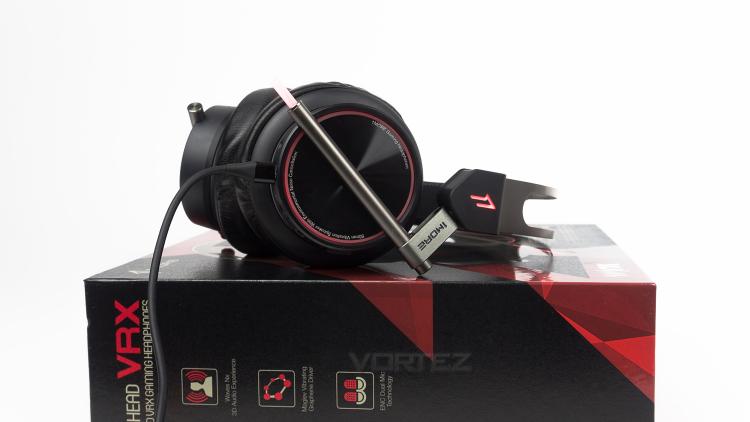 1MORE on the Spearhead VRX:
The stand out feature of our Spearhead VRX is the inclusion of 3D audio, instead of the usual 7.1 surround found with many other headsets. Were using Nx technology created by a company called Waves who recently won a technical Grammy award.