👤by David Mitchelson  Comments 📅17-10-19
Conclusion
If you cast an eye over the performance results for the 5700 XT, across the assortment of partner cards weve tested, there isnt a lot that separates them  the difference in results is only marginal. However, having said that, the Taichi under examination today pushes itself to the top of the performance league for Navi 10 XT due to it sporting the highest GPU clock boost range.

ASRock has set themselves apart from the crowd in a number of ways. Firstly, in their new flagship Taichi theyve delivered a unique, fresh new design with in its static form marries black, gunmetal and gold and integrates RGB in a different way too. Complimenting this design theyve equipped Taichi with more than the standard video outputs  stretching to an astounding 4x DP 1.4 and 2x HDMI. 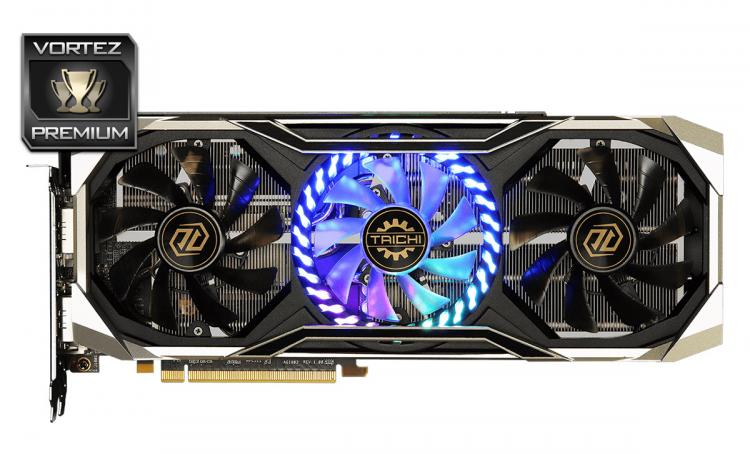 The triple-fan cooler found on this card does an admirable job at improving on the standard set by the AMD reference design. We see improvements in both thermals and noise levels  thought admittedly noise emission is slightly more than other cards weve tested but is nothing to be overly concerned about.

The biggest hurdle facing ASRocks 5700 XT Taichi is the price which sees it marked out as the most expensive card of its kind  coming in at GBP £500/ USD $480. Is it worth the extra over other offerings? Taichi certainly brings more to the table but wed like to see the price lowered.

ASRock has done an excellent job with the 5700 XT Taichi. It outshines the competition by providing extra features which are absent on rival cards.

Cons
- Large and heavy
- High power consumption
- Expensive
Click here for an explanation of our awards at Vortez.net.