👤by Matthew Hodgson  Comments 📅25-09-19
Conclusion
The ASUS Prime X570-Pro arrives onto market with an RRP of £239 in the UK, $239 in the US and $349 in Australia, a large asking price in the grand scheme of things, but certainly not as expensive as other options.

The Prime series offers an elegant design using neutral themes that should look decent in almost any case, that being said, the design likely wont matter at all if its used by professionals who, we imagine, wont be too bothered by the appearance of the inside of their chassis. If it works, it works. To that end, ASUS have used a small amount of RGB lighting because if it doesnt have RGB in 2019, what use is it?

All performance figures considered, the board performs exactly as expected, with the 3800X pumping out impressive figures, as per usual. The 12-core 3900X and the expected 16-core 3950X might well find themselves mounted upon this board when content creators get a whiff of the processing power they can put out.

A pair of NVMe 4.0 slots and six SATA connections is good, but really wed have liked to see eight or ten SATA ports to really cater to the professional market, even if you can argue that there would most probably be some kind of external mass storage solution elsewhere on the network. Moving straight from that, the boards network connectivity isnt exactly top notch. As a professional option, wed expect a 2.5G and 1G ethernet, as well as WiFi AX, if possible. 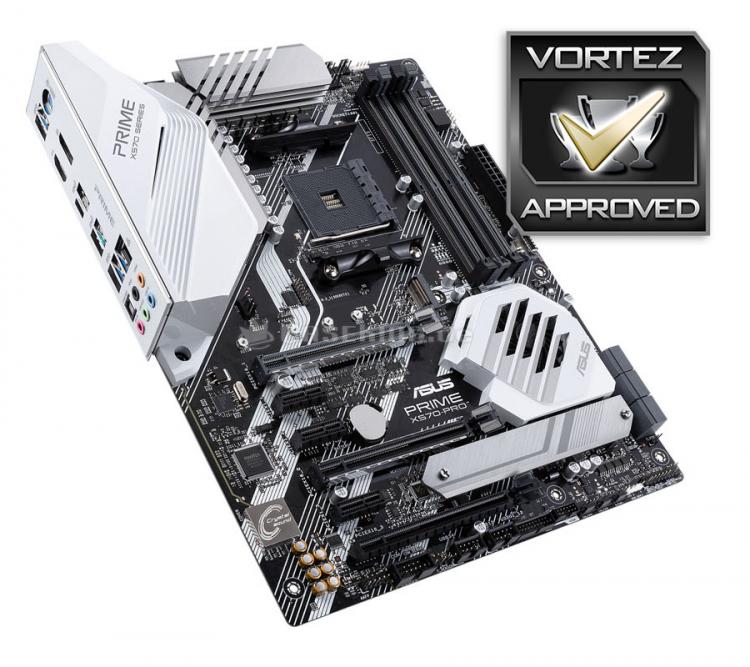 The ASUS Prime X570-Pro offers plenty for the professional market, foregoing many of the gaming or overclocking orientated features to bring a competitive motherboard at a good price point.