👤by Matthew Hodgson  Comments 📅22-01-18
Conclusion
First impressions of the ASUS ROG G20CI were incredibly positive; the chassis looks brilliant, especially at night with the RGB illumination around the case. Connectivity is excellent, offering ample USB and full 7.1 sound support from the rear IO panel.

The GTX1080 ensures playable framerates, even at 4K resolutions, with the system only really showing signs of struggling with the Deus Ex benchmark; this test is notoriously difficult for a PC to render due to the sheer amount of stuff on-screen. Unfortunately, the Core i7 7700 configured within the machine did find itself thermally throttling during heavy tests such as Cinebench which hindered the score somewhat; our test room was only 20°C during the benchmarks which represents a fairly average living space.

Republic of Gamers arent a new start-up company; theyve got many years of experience under their belt with a massive understanding of PC components and cooling design, however, all of that seems to have been forgotten with the ASUS ROG G20CI. The fans in this machine were so loud they could be heard in another room, with an infuriating fan-curve being used which caused the fans to change speed constantly, creating an ever-changing pitch from the machine. A consistently loud machine would be much easier to deal with, rather than the constantly changing fan speeds. Even relatively short but intensive tasks, such as opening a web browser, would cause the CPU fans to spring into action.

Shoehorning both a 3.5" SATA HDD and an M.2 NVMe drive within the same tiny chassis is also impressive, giving a great balance between outright speed from the NVMe and massive storage on the 3.5" hard drive.

As that is all said and done, our recommendation would be to consider a larger chassis size with the same internals; this should improve future upgrade-ability and also reduce temperatures and noise at the same time. However, if your heart is set on this machine, it will certainly attract attention with its small size and brilliant looks! 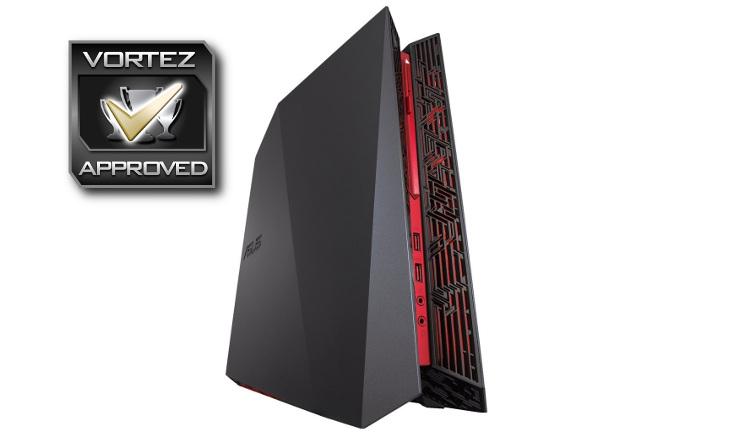 The ASUS ROG G20CI looks fantastic but ultimately the small chassis causes far too much noise to be used daily. Performance is excellent, however.