👤by Matthew Hodgson  Comments 📅18-02-20
Conclusion
CORSAIR moving back to air cooling might be seen as an odd move, especially given their enormous success in the AIO market, but for a number of reasons, it makes a lot of sense. CORSAIRs first go at re-entering, however, isnt all good news.

The cooler itself is, quite frankly, absolutely enormous considering its use of 120mm fans. It stands toe to toe with most coolers in the 140mm category, but there is a couple of reasons for that. Memory compatibility is often an issue with huge air coolers. CORSAIR, however, have fitted a very fancy ratcheted system that allows the fans to be independently raised, in steps of about 8mm, to accommodate taller RAM modules. Cool feature, nicely done!

Despite its large stature, it looks fantastic. The pattern on the lid with an incredibly shiny CORSAIR logo in the centre is a great touch, and matches into the cross pattern on the ML120 cooling fans. CORSAIR have done well here, but itll almost definitely block any RGB LEDs you might have on your memory modules.

Moving onto the bread and butter, performance. This is broken up into two clear segments, temperatures and acoustics. The A500 does an excellent job of keeping our 9700K cool, keeping up with the best coolers on the market, including the Noctua NH-U12A and even beating all of the currently tested CORSAIR AIOs. From there, however, things go downhill rapidly. Idle acoustics are fine, theres barely a peep to be heard from the A500, it truly is silent, but when the going gets tough and the fans ramp up, its ridiculous. Almost any cooler on the market could out-perform the A500 when both metrics are combined.

Installing the cooler is an absolute breeze. Their Holdfast Retention System works brilliantly, as we expected due to its similarity to Noctuas Secu-Firm mounting system.

Finally, onto the price. At £84/$99, the cooler competes with the lower end of the AIO market but, more importantly, the highest tier of air coolers. At its current price, we find it difficult to recommend, but CORSAIR have developed an excellent starting point for an A700 or similar. 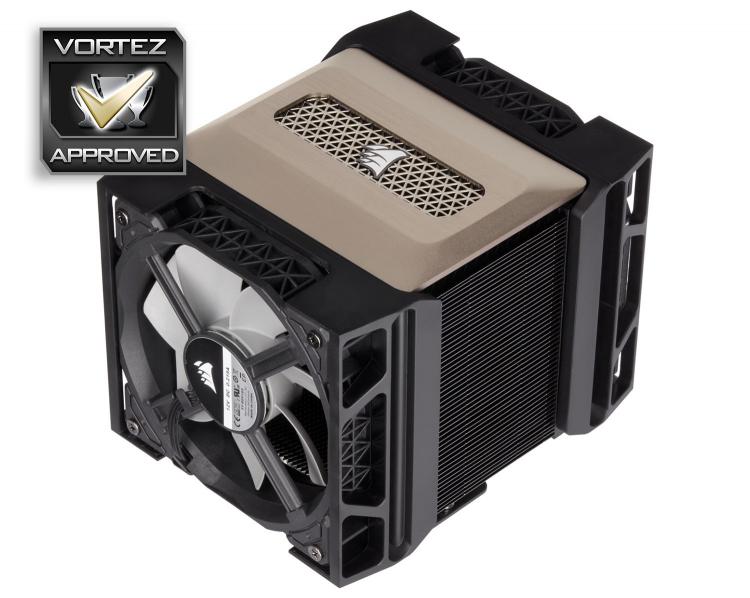 All things considered, CORSAIR have done a good job in a lot of areas but under load the fans are far too loud.