👤by David Mitchelson  Comments 📅20-11-12
Packaging, Bundle & Fans
In similar manner to the H100, the H100i comes in a large box showing a depiction of the cooler on the front with its fundamental features printed. Corsair have opted for red styling on the box as opposed to the H100 which was blue. This helps to distinguish between the two for buyers and also aligns itself with being extreme. Further details can be found on the reverse.

Inside, the included items that make up the bundle are carefully arranged inside an eggshell type box and each have their own protective bag. 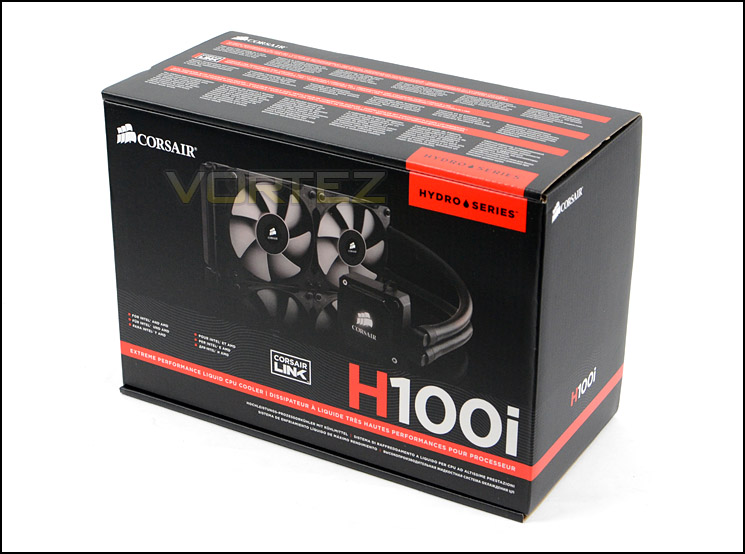 Corsairs H100i has compatibility for a variety of different CPU sockets and as a result there are different fitting kits to cater for this. Also bundled with the cooler are dual 120mm cooling fans a large 240mm radiator with pump and documentation such as instructions manual, warranty information, and quick guide. There are some cables included with H100i allowing you to daisy chain the cooling fans via Y-cable and a mini-USB to USB header cable to allow for full use of Corsair Link technology which gives the user complete control over cooling and lighting. Its with this software that the fan speeds can be adjusted via profiles. 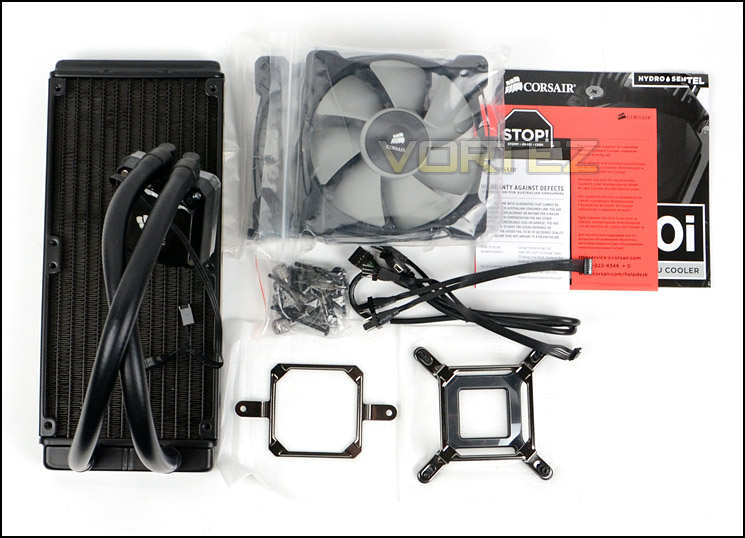 Included with H100i are dual 120mm cooling fans which are to be attached to the 240mm radiator. The fans use a 7-blade design and is based on Air Series SP120 capable of up to 2700RPM. These fans deliver very high pressure and low noise at a given RPM compared to the fans used on H100. They are also specifically designed for radiators, unlike the fans often seen bundled with ALCs.

The corners on these fans are rubberised to allow for anti-vibration and the shape enable both to interconnect when side-by-side. Cabled to these fans is a 3-pin connector, this can be plugged directly into a motherboard header or used with the provided Y-cable. 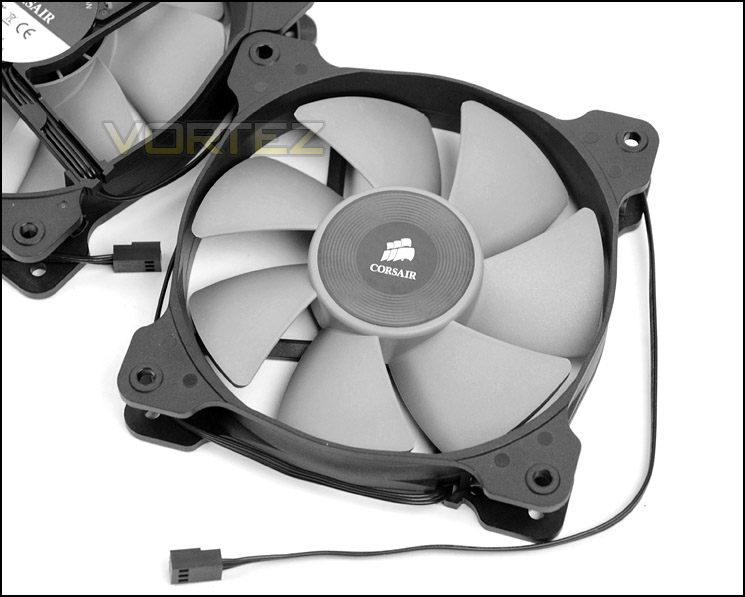 Fans based on Air Series SP120 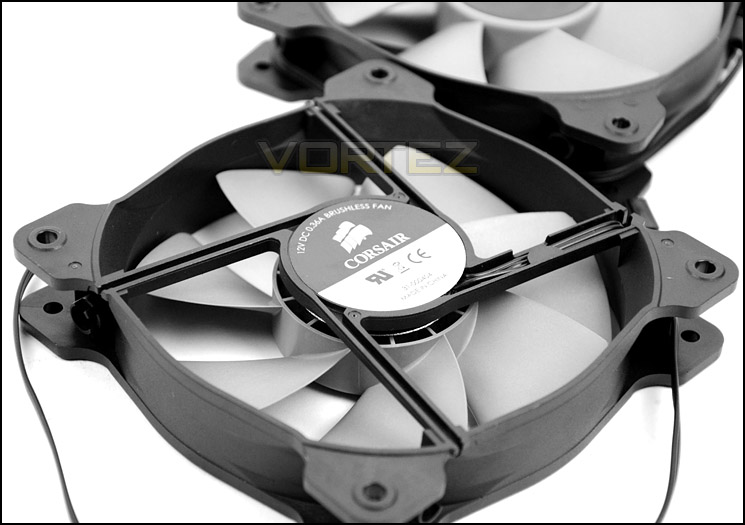