👤by Matthew Hodgson  Comments 📅30-04-18
Conclusion
Theres no denying that a PC is a much more versatile machine, capable of work and play, however, they evidently do require a larger expenditure for a great gaming experience.

The AMD Primal Light Gaming System looks great, is quiet, even under load, and temperatures were never once of any concern. Having said that, if youre looking for a gaming experience with no real scope for any work or internet usage, then a gaming console would most-certainly provide you with a more refined and enjoyable gaming experience.

As the graphs show, 1080p gaming with any kind of visual effects turned on isnt going to happen, at all, and even lowering the IQ to their lowest levels didnt really herald any kind of playable framerates. 720p, however, was much more enjoyable, especially on more optimised titles such as Tomb Raider and DiRT4.

With prices as they are at the moment, particularly in the GPU, RAM and SSD sectors, purchasing a discrete graphics option really isnt possible within a low-end budget, however, in the near future we may see prices come back down to sensible levels, at which point a graphics card could be added to hugely increase the gaming potential of the machine. 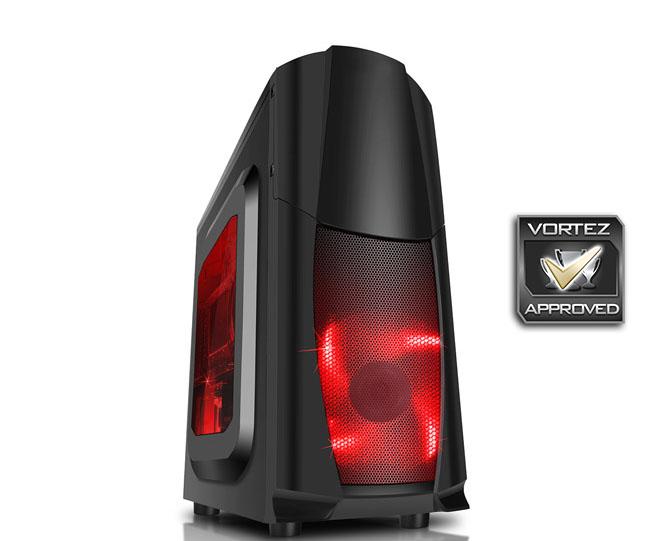 The 1TB HDD allows the machine to be used for a multitude of purposes, giving ample room for music, games, applications, videos; you name it, you can store it, and loads of it! Theres also an M.2 NVMe storage slot on the ASUS A320M-K motherboard which could be utilised in the future to bring a massive boost in loading times and general system responsiveness.

We feel that current pricing is really letting the PC side down, with machines like this currently being hampered by a lack of affordable parts due to crypto-mining and short supply.

If youre purchasing exclusively to play games, then you may find yourself disappointed by the lack of top-end grunt, however, the versatility of a PC and the ability to upgrade in the future certainly has to be considered.

There are currently 257 user(s) online:
Google