👤by Weston Dakin  Comments 📅05-08-18
Conclusion
The EasySMX COOL 2000 has some strong suits but is marred by more than one Achilles heel. On the plus side, the headset is comfortable, and although on the large side, the headset is lightweight, the padding in the earcups is good, plus the adjustable flexible headband works like a treat. The COOL 2000 is also highly versatile and works with most platforms available which is great as you dont need multiple headsets to work with all the different platforms. Other plus points include the on headset controls and the build quality. The controls are designed to adjust various aspects of the headset, these work very well and make it very easy to use them on-the-fly. The build quality is pretty good too; they are mostly plastic but they feel quite solid, plus the headset manages to use a fabric coated cable which is not too common at the price point. Speaking of, the price is another big factor when determining if a headset is worth it and as the COOL 2000 can be picked up for as little as £20 in the UK and under $30 in the US, its safe to say, that these are highly affordable.

The COOL 2000 does have some flaws too, and the main one is the sound, the quality of the sound is not very strong as the bass is lacking power and depth, the treble also has a few issues with clarity and has some distortion at higher volumes. We feel that if EasySMX focused less on the aesthetics they could have diverted more of that effort into creating a headset that wouldnt have been as flashy but would have sounded superior. This would have been a bigger selling point as the foundation is there, it just needs strengthening. The microphone is a bit of a hit or miss thing too. Its hard to expect an amazing performance, and the mic does work okay for in-game chat, but again, its the same story as with the sound - it's okay, but could have been improved.

So, if you only play non-competitive titles and are looking for an affordable headset that is comfortable and works with multiple platforms, then the COOL 2000 would be a decent choice. If you play competitive online based games, then we would advise looking for a headset that possesses stronger audio quality as these simply dont offer the best of performances in that department. 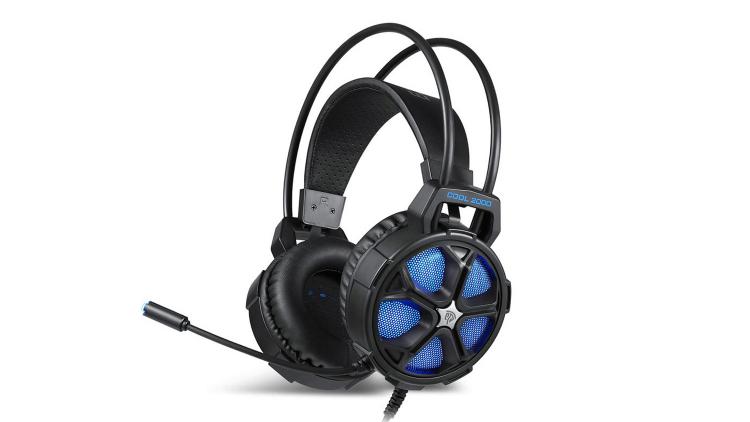 The EasySMX COOL 2000 is a well-built headset that is comfortable and has great support for multiple platforms, however, when it comes to sound, they dont deliver the strongest of performances.