👤by Weston Dakin  Comments 📅23-07-18
Conclusion
In the intro, we asked if the Stream Deck Minis size would be a major compromise and if safe to say that we couldnt find any major issues that would be a deal breaker. There are a few small issues - like with every product, but nothing that is overly glaring. Once setup we found that the Deck Mini was very easy to use and also easy to customise. Even first-time users wouldnt struggle due to the drag and drop nature of the software and also thanks to the vast amounts of tutorials available online. The design and build quality are both top notch as are the LCD keys. They are bright, easy to read, have great feedback and large enough to press easily. As for customisation, there is so much that can be done that we only scratched the surface of what it can offer. You can create custom icons, have custom strings of text, custom messages, media controls and so much more. There really is so much scope for customisation that you could easily sink a day into making it your own. Once you have customised it, the Deck Mini just works, it integrated seamlessly with Streamlabs OBS and became a very useful tool for commanding the desktop environment. Every task we set it was carried out without fault and it worked flawlessly.

One minor issue we did find is the reduction from fifteen to six LCD keys, now Elgatos new multi-action feature and folders make up for that, but the folders feature does introduce a few extra inputs and adds extra effort, however, it still is very easy to use. So the only real compromise is a few extra button presses that take a split second longer to carry out, and if that is something you dont want, then wed suggest opting for the larger Stream Deck. Another small problem is the Deck Minis base, it is rubberised, but we found that it moves quite easily when pressing the keys, however, it would be an easy fix if you are willing to go down that route. We also mentioned that we would like to have seen a hardware-based profile switcher, now the software can do a profile switch, but it takes up a key and losing one is difficult as the Deck Mini only has six, to begin with. So by having the switch it would free up a key and make profile switching that much easier. Now, we cant fault what Elgato have achieved, but we think that this addition would have improved usability, so maybe they could include this in a theoretical second addition or a product refresh?

So the Stream Deck Mini is pretty much what it is; a smaller Stream Deck. It does everything that the larger ones does, but it just that tiny bit slower if you plan to utilise folders or the multi-action feature which is a must as the six keys do get full quite quickly. The biggest big plus is the cost as its significantly cheaper than its larger sibling and if you couldnt stretch to the Stream Deck, this would be the perfect introduction into the ecosystem. 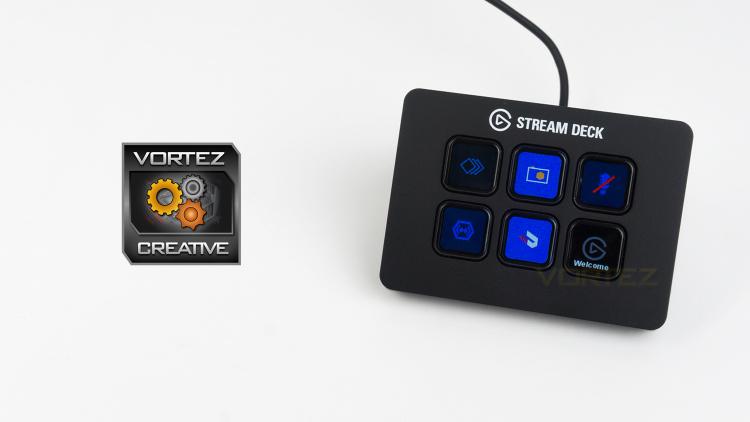 Dont let the Elgato Deck Mini's small stature fool you as its every bit as capable as the larger Stream Deck.

Cons
- None to note