Nvidia have been on a streak in the past two months. Having released three graphics cards in their GTX 500 series of cards to compete against AMD, they have become very desirable and for good reason. It wasnt too long ago that Nvidias future was being debated across all hardware discussion forums on the net. Their Fermi based GF100 core was plagued with delays prior to release and when it finally hit the retail market in the form of the GTX480 and GTX470, they had to be cut down from the initially promised 512 CUDA cores to meet thermal and power regulations. Despite the stellar performance they provided, both GF100 variants were expensive, hot, noisy and power hungry while AMD basked in the success of the HD5000 series of cards. The latter had none of the issues of the Nvidia graphics cards and yet had all the performance within reach.

But times change and the end of last year saw a dramatic shift in the consumer market. The announcement of AMDs new generation of HD6900 series of graphics cards triggered a price war and Nvidia didnt want to feel left out of the hype surrounding imminent launches. Out of nowhere, they released the GF110 GPU based on the same Fermi architecture as its predecessor and addressing all of the latters issue. The core was no longer limited or locked and had all 512 CUDA cores to boot. The first 500 series graphics card came in the form of the GTX580 and not only did it bring 20% better performance over the GTX480 but it did so without sacrificing thermals, power consumption and noise. Price still made it a very exclusive purchase for most so Nvidia decided to release a cut down version in the form of the GTX570 at a price point competitive with the AMD HD6970 at under £300/$350.

The GTX570 appears to be an amalgamation of several graphics cards in one on first impressions. Firstly, it features the tweaked GF110 core found in the GTX580. Like the GTX480, it has one stream multiprocessor disabled for a total of 480 CUDA cores and 60 texture units. And lastly, it sports the same memory bus and memory/ROP count of the GTX470, the latter feature being intrinsically to the memory. To compensate for the cut down core, the clock speeds have been increased to 732MHz on the core and 3800MHz on the memory. It is officially destined to be the spiritual successor to the GTX470, fitting in the same power envelope but from a performance standpoint, it is equivalent to the GTX480 without the drawbacks.

The card being reviewed here today is courtesy of Inno3D. It follows the reference design but more interestingly, it comes pre-overclocked. As mentioned above, the reference GTX570 is clocked at 732/3800MHz but Inno3D have taken the effort of overclocking into their own hands by settings their card to 800/4000MHz, an impressive 9% boost over the stock core speed and 5% boost over the memory speeds. Typically, most manufacturers only apply a mild overclock, such as ASUS with their standard 10MHz overclock on all of their high end cards so it is refreshing to see a manufacturer setting a speed worthy of the overclock tag.

A bit about Inno3D:

InnoVISION Multimedia Limited is a pioneering developer and manufacturer of a diverse range of cutting-edge multimedia PC hardware products established in 1998 Hong Kong. Our manufacturing operations have been set up since 1990 in Shenzhen, China. In this short period of time we focus on manufacturing OEM/ODM products as well as contracting out extensive production and research facilities to specialist companies. We have accomplished international recognition by PCs top reviewers as becoming an outstanding success and one of the most fast growing companies in Asia.

InnoVISION boasted a significant rate and increase in the market share of graphics card sales over the past years. To maintain InnoVISION highly respected image we will continuously focus to achieve a competitive advantage by maintaining constant product quality by continuous research and advance technical support to target customer needs.

Inno3D may not be a household name here in the UK but they have the experience and know how to break into this tough market. Differentiating themselves from the competition will be key to their effort so lets see how their GTX570 fares in our rigorous test suite. 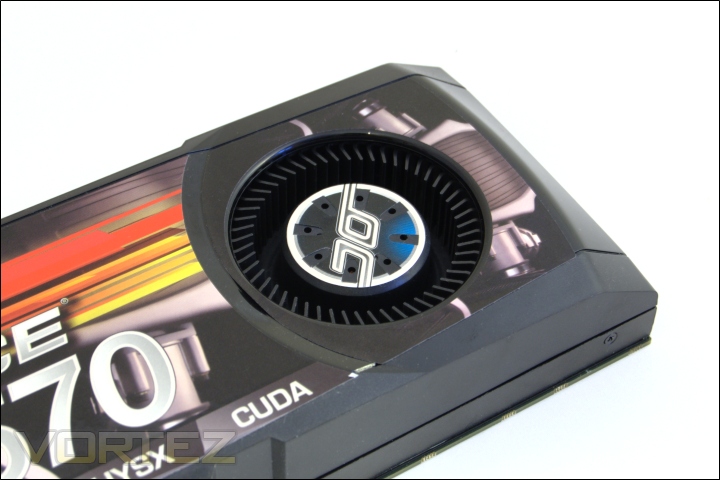