👤by Matthew Hodgson  Comments 📅19-11-19
Conclusion
At around £50 less than the MSI MEG X570 ACE, with very few trade-offs, the UNIFY presents an incredibly compelling choice for those seeking raw performance without sacrificing many of the high-end features they may need.

For starters, while we liked the black and copper theme of the ACE, it wouldnt be for everyone. The all-black colour scheme on the UNIFY is more palatable to more people, we expect. Plenty of components are available in black to complete the look so therell be no struggle in making an RGB-free build.

Performance, as you might see from the graphs, is excellent. However, that does come with a caveat of kinds. AMD, after releasing the 3rd Gen. Ryzen processors, came under a little bit of pressure from users who werent achieving the Boost Clocks advertised on their CPU, so with that, AMD set about developing the 1.0.0.4 ABBA BIOS updates which would allow additional performance from the processors. Due to that update, the results in our graphs are now a little skewed but still somewhat relevant. Cinebench is probably the most relevant measure of a direct impact on CPU speeds, and as you can see from that result, the latest BIOS update has made a significant impact.

MSIs DIY Friendly board layout is evidential for a few reasons, chief amongst which is the placement of 4-pin PWM headers around the board. The 90° connections for SATA and front USB headers also helps cable management to potentially improve airflow.

Its difficult to find any real flaws with the board, apart from the lack of RGB lighting and the omission of the heatpipe between the VRM cooling and the active heatsink on the FCH. 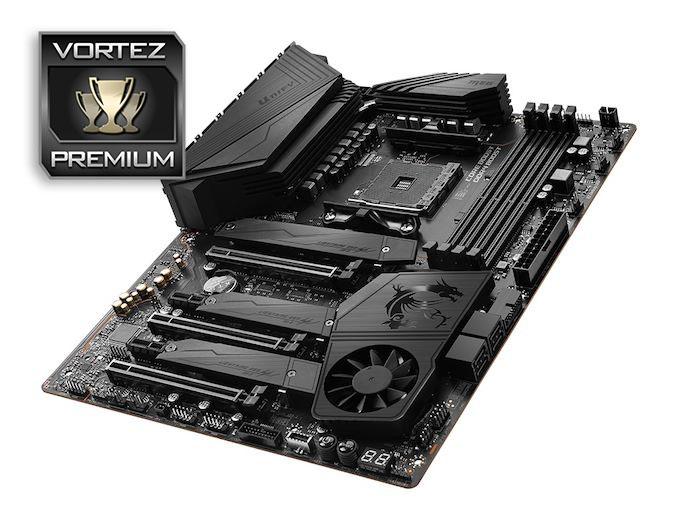 If you seek a feature-packed motherboard but dont want to pay for the blingy RGB LEDs, this will be right up your street.