👤by Richard Weatherstone  Comments 📅08-05-12
Conclusion
When I first cast eyes on the GTX670 I was could hardly be described as astounded. The aesthetics of the card are nothing spectacular, much less stunning. The card could quite easily be dismissed as uninspiring truth be told. It's not an ugly duckling, far from it but as it's a reference design, the GTX670 shroud is bare and desolate without bright manufacturer stickers. the card only becomes interesting when it is flipped over and you realise that the PCB is so small in comparison to other high end offerings. You may even feel robbed because to look at, the fan shroud makes the card appear much larger than it actually is. If you can see past the uninspired aesthetics and instead concentrate on the physical attributes and performance figures then the story couldn't be more different.

Being a reference design it would be harsh to be overly critical of the card simply because of it's looks. What is infinitely more important is the NVIDIA GTX670's performance output and here is where the GTX670 hits top marks. Not only does it soundly put the AMD HD7950, it's most direct competitor, in it's place but it has the means to stand toe to toe with AMD's flagship GPU, the HD7970. 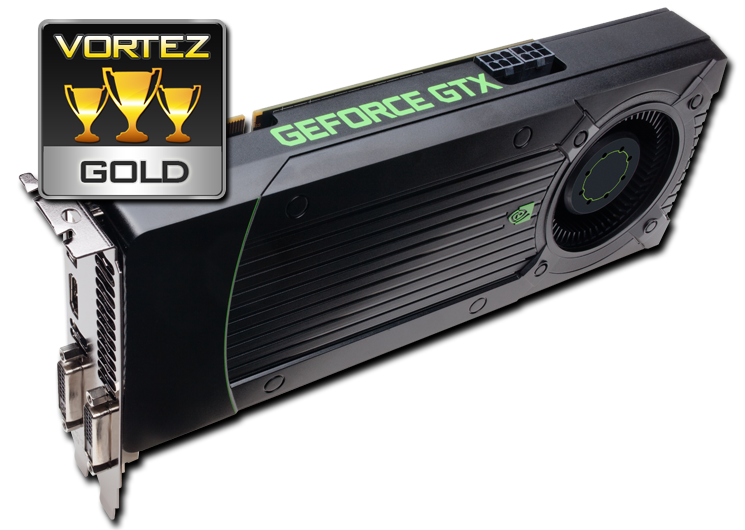 Throughout our run of benchmarks, the GTX670 impressed. So much so I had to go back and re-run a number of them time and again, such were the unbelievable performance figures. While there have no doubt been driver enhancements with the 301.33 version which may have artificially enhanced the comparative performance against the GTX680, the simple fact remains that the NVIDIA GTX670 is, like for like, apples against apples, a faster card than the AMD HD7950. When you consider the PCB of the GTX670 is over 10cm shorter than a HD7950 yet the card has higher performance, equal power consumption and lower operating temperatures than the HD7950 it is certainly an impressive triumph and judging by the PCB, with 4GB versions no doubt just around the corner, the performance of the card will only increase.

I expect reference card prices to be around the $400 mark which roughly translates to a UK mark-up of £300-330 depending on manufacturer with overclocked editions carrying the usual premium. If these prices transpire at retail then the NVIDIA GTX670 is a no brainer and will no doubt put the 'price drop ball' back firmly in AMD's court. Full range of GTX670 graphics cards.

Cons:
- Uninspired Aesthetics
- Power ports near the centre of the card

Click here for an explanation of our awards at Vortez.net. Thanks to NVIDIA for providing todays review sample.

There are currently 273 user(s) online:
Google