QPAD's previous mechanical gaming keyboard was very impressive but QPAD have not sat back to bask in the glory of the MK-80. Instead they have recently introduced the MK-85 Pro gaming keyboard; a top of the line product that on paper at least features everything you could want from a gaming keyboard. Backlit, programmable macro capability, mechanical switches, N-key rollover all backed up by a two year warranty. Apart from the macro capability, the MK-85 doesn't appear to have added much more to the MK-80 keyboard we reviewed HERE but there is more to this piece of hardware than meets the eye. 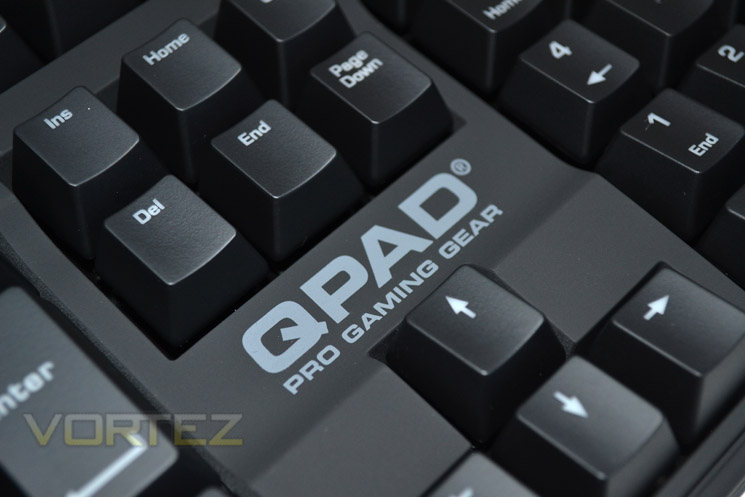 One of my criticisms of the MK-80 was the implementation of Cherry Blue MX switches which are tactile in nature and noisy. While some may prefer Cherry Blue switches, the majority of gamers prefer the linear nature of either Cherry MX Red or Black. Coupled with the rarity of Cherry Red MX switches, most mechanical gaming keyboards use the Cherry Black MX configuration. The black switches were very popular among pro gamers but these switches are quite heavy in use requiring 33% more force to operate (60g) as opposed to the Cherry Red MX switches. The latter switches are now making a comeback and as we saw with the Tt-eSports and most recently, the Corsair K60, Cherry Red Switches appear to be flavour of the moment. QPAD have also opted to use Cherry Red MX switches but have kept the same award winning design of the MK-80. There are other differences that we will cover later in the review but for now let's hear what QPAD had to say about their flagship mechanical gaming keyboard:

Unlike your average keyboard, that functions through rubber domes, forcing you to press each key all the way down in order for the stroke to register, the MK-85 feature true mechanical switches with unmatched accuracy and feel. No more pressing with full-force in order to activate the keys. The QPAD keyboard will respond to your every stroke in an instant.

Other boards normally have a short life span and wear out quickly, resulting in unresponsiveness, delays and a dull, clunky feel to the keys. The key switches on MK-85 are built to last 50 million strokes, and the QPAD mechanical key technology provides distinct feedback and puts you in absolute control. The travel distance of the keys is set to 4mm with an actuation point at 2mm.

For gamers, its all about the feel and functionality and that is where the QPAD MK-85 truly shines. With a full size keyboard layout in 3 sections, gaming profiles, macro recording, mechanical key switches, media keys and full N-Key roll over via USB, its the perfect gaming keyboard. Nuff said...