In April of 2018, we looked at the Samsung 970 EVO, the budget option of the 970-series SSDs with slightly less excellent speeds and wear ratings than its somewhat more powerful big brother, the 970 PRO, however the price difference between the two was vast.

Well, today were looking at something which should slot nicely between those two models, the 970 EVO Plus. This new drive promises slightly improved read speeds but drastically better write speeds across all capacities. We reviewed the 250GB 970 EVO which offered read and write speeds of 3400MB/s and 1500MB/s respectively, the EVO Plus improves on that with 3500MB/s and 2300MB/s at the same capacity. 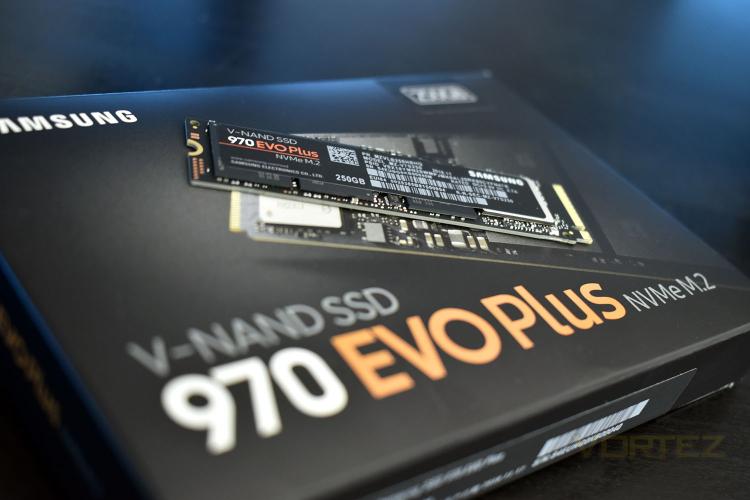 These speeds are made possible via a new Phoenix controller, an evolution of the previous model, as well as Samsungs 3D V-NAND improvements over the last 8 months.

At launch in April, the 250GB model was priced at around £100. This 970 EVO Plus aims to hit the shelves at £15 less than that, with improved performance. Capacities available today are 250GB, 500GB and 1TB with a 2TB model due to arrive mid-April though pricing on that model is yet to be announced.

Lets chuck this 970 EVO Plus through the same testing procedure as the 970 EVO and see if Samsungs improvements ring true.

There are currently 158 user(s) online:
Google