👤by Matthew Hodgson  Comments 📅26-04-18
Conclusion
If there was such a thing as a perfect SSD recipe, it would appear Samsung are pretty darn close to a culinary masterpiece, so to speak. The Phoenix Controller married to 64-layer 2-bit MLC V-NAND provides blistering performance; even-more-so than the previous champion, the 960 PRO.

Improvements have been made to throughput, which are often the numbers people pay most attention to, however, in most common scenarios, it's random access speed, referred to as IOPS, which are most important. The increase from 440,000 and 360,000 to 500,000 in both directions will show the largest improvements in demanding applications.

The black PCB and 9xx PRO nametag have become something of a symbol of performance which enthusiasts are keen to show off within their PC builds. Were certain that despite the very noticeable £150 price premium over the EVO model, for a not-so-noticeable performance boost, the PRO will still fly off the shelves. However, we would have to recommend the EVO model if you dont need the absolute bleeding edge of speed.

There we have it. The numbers dont lie. The Samsung 970 PRO NVMe SSD is, by a good shout, the fastest single SSD solution weve tested so far, even beating a 960 PRO RAID0 setup in a few tests! You have to wonder how far the M.2 NVMe interface can be pushed before eventually reaching a bottleneck; seemingly theres no ceiling right now.

We dont feel that we can sum it up any better than Samsung: With the performance to reach beyond the unexpected. The capacity to illuminate a world of ideas. And the reliability to sustain it all. Unreal performance, realised. 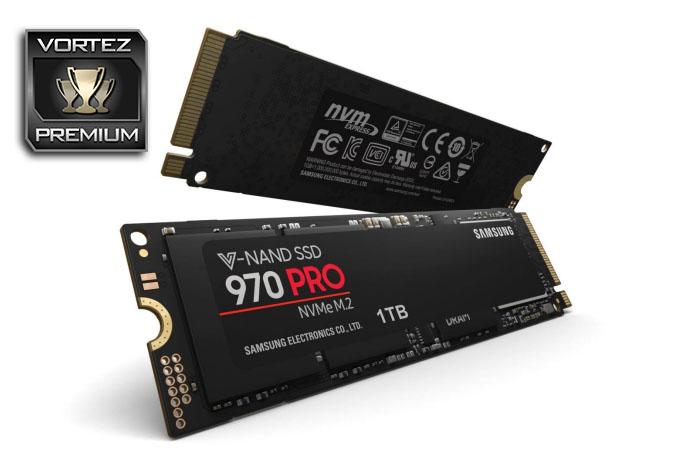 If you want the fastest NVMe M.2 drive available right now, the 970 PRO is your only real option, but youre going to pay through the nose for the privilege.