👤by David Mitchelson  Comments 📅08-08-12
Conclusion
Drawing our thoughts to a close then, the PS07 is an impressive M-ATX offering from SilverStone. Whether you prefer black or white, the understated elegant design will satisfy a wide range of individuals including the enthusiast and gamer. Build quality inside and out is nothing short of brilliant and the feature-set is nothing to turn your nose up at.

Inside even though this chassis is specifically for the M-ATX form factor there is still space and clearance for high-end components including big CPU coolers and long graphics cards. 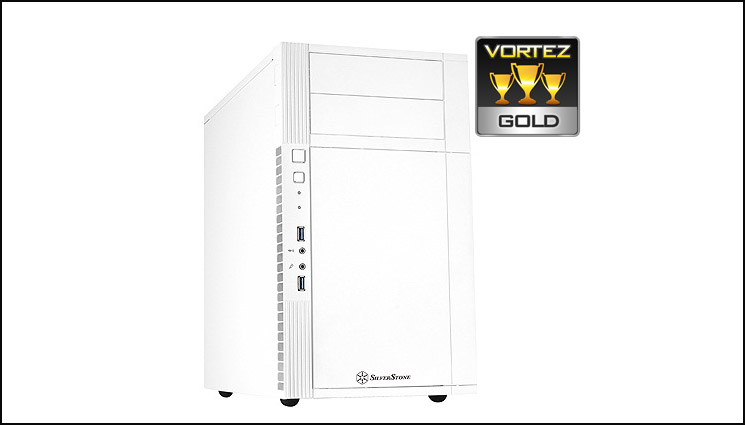 At this stage its difficult to analyse the thermal performance of PS07 due to us transferring to a new system and having no comparisons to observe but I would have liked to see push/pull airflow within PS07 rather than just having two slower spinning intake cooling fans at the front. Sure enough there is placement to support this but at stock it would have been nice to see one of the fans swapped into the spot at the rear of the chassis. As it stands, the cooling fans installed within PS07 generate very little noise and as a result no disruption occurs so on the flip side noise levels are down to a minimum.

I also really like the idea of having a CPU Cooler support within PS07. As CPU Coolers are getting bigger, the weight is a concerning issue  thus having a support only serves as being extremely useful.

Priced at just £65 the PS07 is an affordable M-ATX offering that wont break the bank. The black version is slightly cheaper  coming in at around £10 less but regardless of which colour you opt for there is no denying this case is great value for money.

Elegance has made its way to M-ATX. The PS07 is an impressive offering to house a system, it has great build quality, sleek looks and wont burn a hole in your pocket.