👤by David Mitchelson  Comments 📅23-05-12
Packaging & First Look
Raven RV03 is presented in a large eco-friendly box. The Raven typography is clearly seen on the front with a depiction of the chassis and a short description. Around the back Silverstone have been careful to detail key features with images of RV03 without side panels.

Inside, RV03 is covered in a clear plastic sheet and held in place via dual polystyrene pillars to ensure the case arrives in great condition. 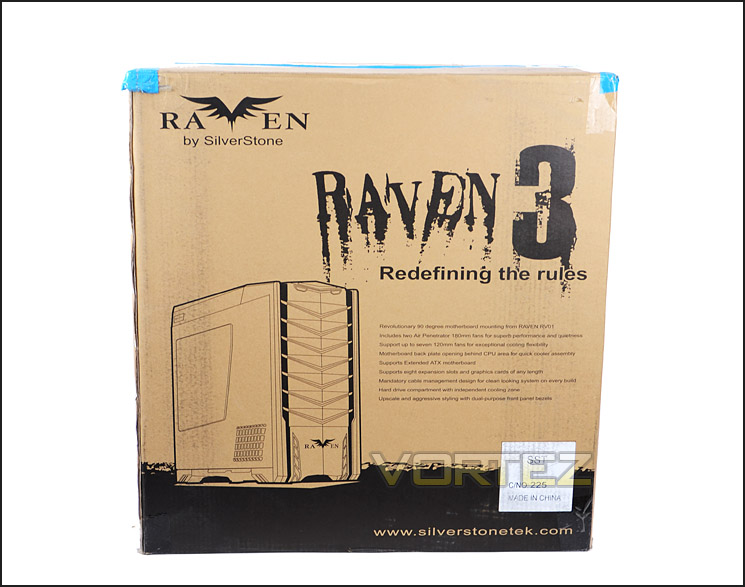 Removing Raven RV03 from its packaging we can finally cast our eyes on this elusive chassis. Today we are reviewing the SST-RV03B-WA  Black with grey trim and Perspex window. There are alternative options such as gold trim and no side window.

In terms of styling this case lends itself to a rather professional finish whilst also catering for the gamer. Usually with computer cases you can easily determine which way the manufacturer has gone down  minimalist, elegant or garish and gamer. SilverStone have taken ideas from both camps and devised RV03. From an initial look, I really like the aesthetics, following a similar layout the recently reviewed Fortress FT03 by having the PCI expansion slots at the top and having support for ATX this means that Raven RV03 requires a significantly deeper structure.

The prominent side panel features a Perspex window allowing the user to see their hardware inside. Towards the front is a ventilation panel for the PSU  which is mounted at the front of RV03.

Over on the other side RV03 has a solid side panel with 120mm mesh panel cut-out for attaching a cooling fan behind the CPU socket. There is also ventilation that runs parallel to the panel on the prominent side, for the PSU. 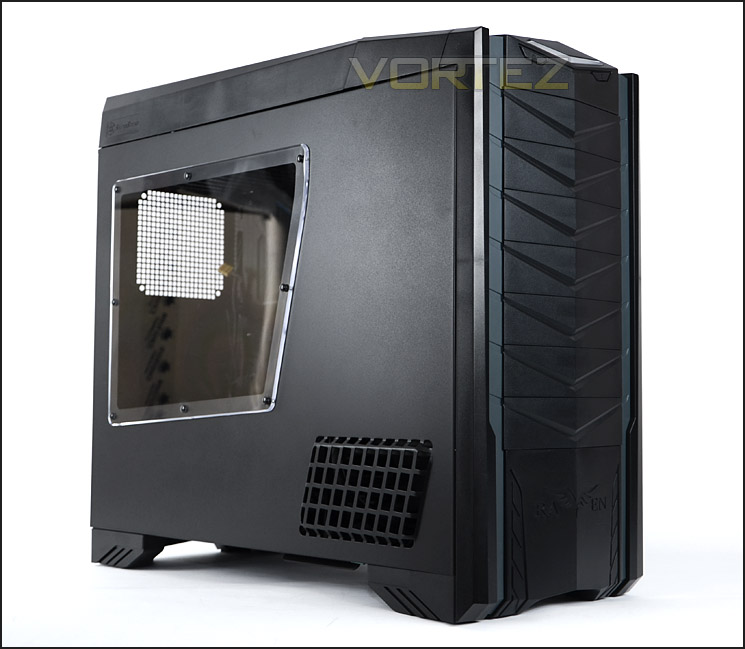 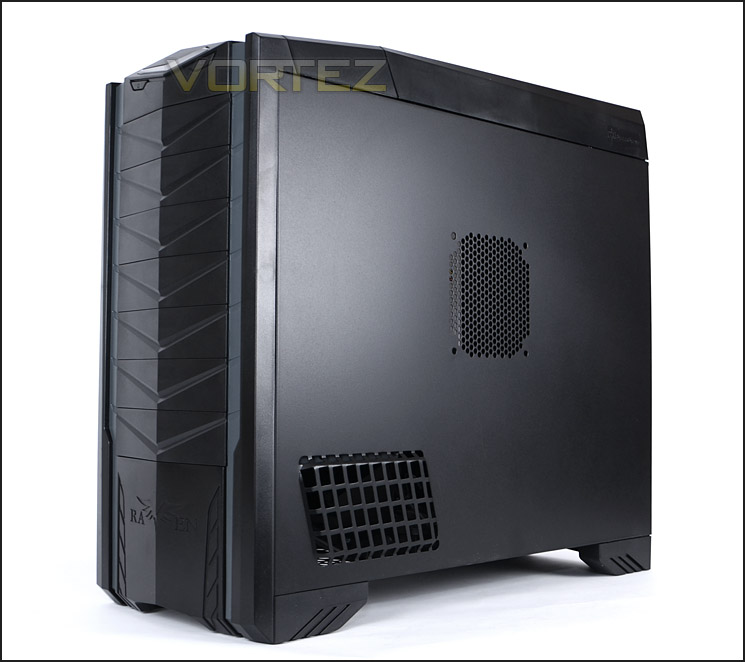 Ventilation for PSU and mounting for cooling fan

With our initial look complete, lets move in for a closer look at the external elements of RV03 on the next page.