👤by Tim Harmer  Comments 📅10-07-21
Conclusion
Sometimes we long for yesteryear, when the quality of mice was so variable that telling the good from the bad was easy. Today excellence is commonplace, requiring us to look at ever finer details to differentiate the great from the merely very good. If we seem harsh, its because our expectations are high.

SteelSeries almost exceeded these expectations, and we can certainly envision some gamers being blown away by the PRIME series mice. If you focus is FPS gaming then PRIME mice have a lot to offer - two excellent main mice buttons and a well contoured lightweight design in particular - but those with more rounded genre interests may wish to look further afield.

From our perspective the Prestige OM switch technology is a big win for the PRIME series. Reliable and consistent clicking should be a given within the abbreviated review period, but the lack of any sort of fall-off in feel in addition to rock-solid stability puts it at least on par with other premium switches weve tested, and probably better than most. If they can maintain this level of quality deep into the 10's of millions of clicks then its difficult to see how they can be bettered.

As mousewheels go, the PRIME series is equipped with one thats better than average. The button is precise and stable when pressed while not requiring too much force, while scrolling itself is light weight.

At a baseline the TrueMove Pro sensor is good, with a healthy configurable CPI range and reliable tracking across a range of surfaces. We were also unable to replicate the tilt-slam effect on these mice thus indicating that the sensor was successful in its mitigations, the significance of which will depend on your personal mousing style.

But its not all roses and gumdrops unfortunately. TrueMove Pro+'s lift-off distance sensor appeared to fail on multiple mousing surfaces (5 of 6 tested), likely erroneously registering the mouse as above the max lift-off distance. Even when operating seemingly correctly the difference between low and high settings were imperceptible; disable it entirely in the Engine utility and the mouse tracks perfectly. Without a fairly major firmware update the feature is more of a hindrance than a help. 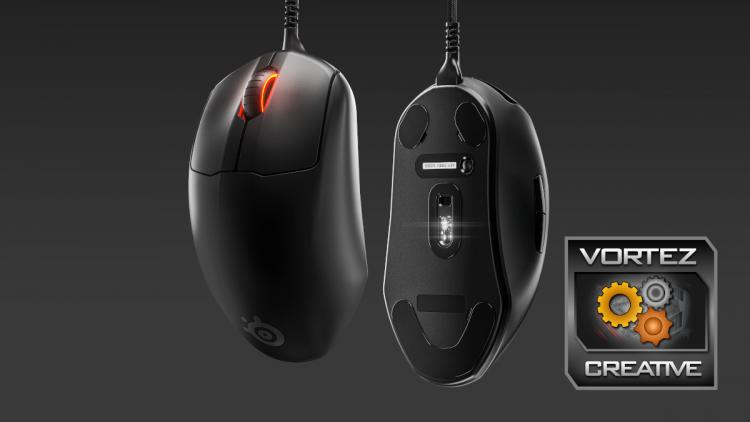 Without some of the Pro+ sensor's claimed benefits the PRIME+ falls back on the OLED panel and on-board configuration capability as its selling point over the PRIME. Its cute as gimmicks go, and really comes into its own in tournament settings where the Engine software may be unavailable, but may not realistically be worth the £20 extra.

The thumb buttons are also a general weak-point of the PRIME series. Theyre not bad by any means, just not up to the same standards as the rest of the design in terms of consistency of response, but will be disappointing for gamers who leverage those buttons in general gaming. MMO, RPG and MOBA specialists may wish to look elsewhere.

Beyond the core mouse, SteelSeries have delivered with configuration software thats appropriate for the streamlined design of the PRIME and PRIME+ with tools youd expect for one of its caliber. The company also already offer replacement accessories for the PRIME series including skates and the keyed USB-A to USB-C cable, which was something we were concerned about when first unboxing. 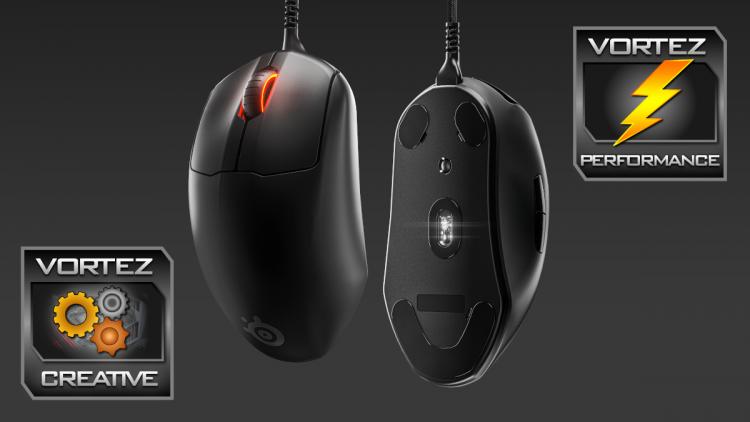 Of the two wired models the standard PRIME would be our preference: its more affordable and gives up nothing in minute-by-minute gaming over its more decorated sibling. Even should the lift-off sensor teething issues be addressed (or youre lucky enough to own a suitable mat already) the PRIME+ is really most applicable for LAN and competitive esports-tier tournament gaming. FPS players of that calibre however may be champing at the bit to get their hands on it.

So overall SteelSeries get a lot right with the PRIME wired mouse range. The series overall might seem expensive - there are plenty of great mice around the £45-55 mark - but wed much rather invest in its exceptional new technology than a £30 core mouse with £15 of RGB lighting. Both PRIME series mice gain the Creative award primarily in recognition of the Prestige OM switches, while the PRIME model also garnered our Performance award