👤by Matthew Hodgson  Comments 📅26-11-18
Conclusion
So, after having a good, in-depth look at the chassis used as well as the component layout inside, the Crystal will look fantastic on, or below, your desk. The RGB lighting is synced between the CPU cooler and the front fans but an RGB cooler on the GPU wouldve finished off the look.

Performance is certainly up there with the best, thanks to the immense grunt from the Ryzen 7 2700X CPU and the NVIDIA GeForce GTX 1080Ti, though we find the choice of using 2400MHz memory on such a system to be somewhat detrimental to its overall performance, with the well-documented advantages of using faster RAM with Ryzen CPUs; the price difference between 2400MHz and 3000MHz, for example, is insignificant compared to the £1,999.99 price tag.

We also find ourselves questioning the inclusion of the GTX 1080Ti, when the NVIDIA RTX 2080 performs roughly exactly the same, but uses less power and offers things like Real Time Ray Tracing and DLSS in upcoming games, all for roughly the same RRP.
We appreciate the inclusion of a 240GB SSD and a 2TB HDD for all of your files and games, but for close to £2000, wed absolutely expect more than a 240GB SSD, especially with todays prices of 500GB and 1TB drives, leaving room for a few games instead of just one, with games like Forza Horizon 4 and GTA V taking up around 100GB each. The M.2 slot could also be populated at this price point. 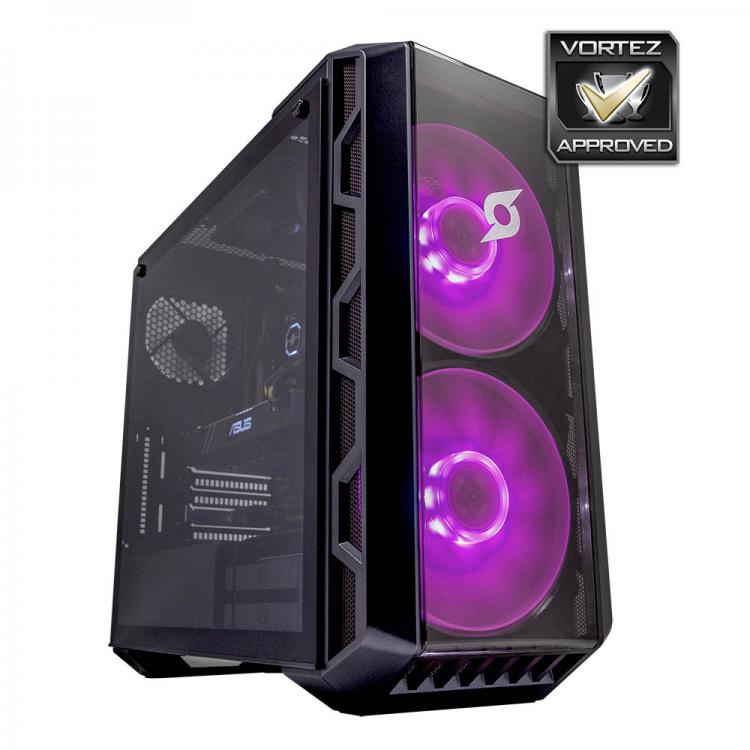 With todays prices, its difficult to see why some of the choices have been made in this machine, largely the lack of RTX GPU and the 2400MHz memory, but that doesnt detract from the sheer performance of the machine, easily capable of gaming at 2160p.