👤by Matthew Hodgson  Comments 📅08-10-17
Conclusion
In terms of reviewing an SSD, nothing speaks more than the benchmarks. They dont need to look particularly pretty or be incredibly lightweight, they merely need to perform.

Despite the low numbers in some of the tests, as an average, the drive is incredibly fast, which the PCMark 8 test helps to solidify, due to its robust and thorough testing procedure. Read and Write IOPS in the Anvil tests were also higher than some M.2 NVME drives weve tested.

Due to recent advancements in Solid State memory, the endurance and performance of these drives have increased rapidly. WD claims that the 500GB drive can reach 200TBW (Total Bytes Written) which equates to over 100GB of data written to the drive, every single day, for over 5 years. The 250GB claims 100TBW, the 1TB claims 400TBW and the 2TB can endure a huge 500TBW. SSDs failing from too many writes appears to be a thing of the past, thankfully.

All things considered, the WD Blue SSD presents reasonable value for money along with a very capable SSD which should last the test of time. 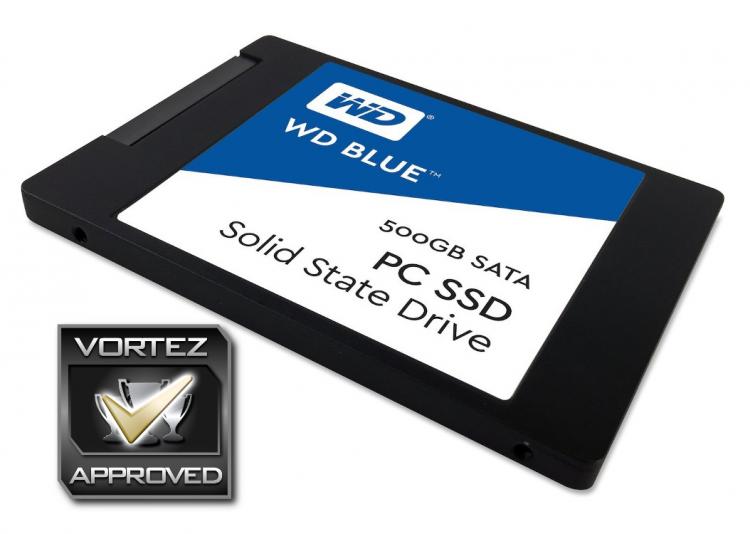 The WD Blue is a great choice for enthusiasts on a budget, allowing you to store all of your games or most-used software on a fast SSD.