The Radeon HD 7750 - 7990 all based on the new GCN (Graphics Core Next) architecture, have been detailed alongside the price and expected release dates. Interestingly there will be a HD 7950 with a still respectable 1.5GB of GDDR5 memory priced at $399, $50 less than the 3GB GDDR5 version, offering better price to performance. 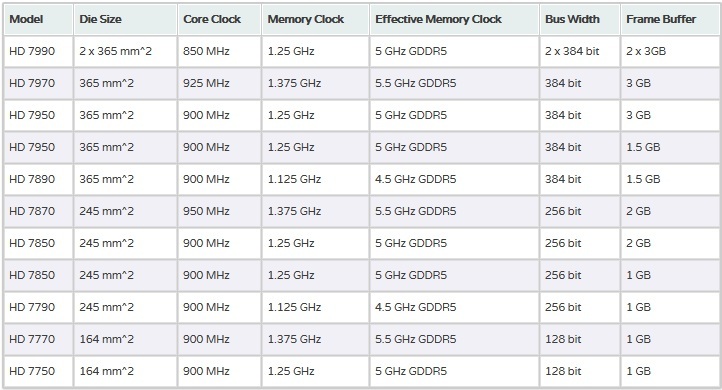 A Secret Card?
We have seen some impressive projected numbers from the green camp and if they live up to their expectations, the GTX 780 may be something special. Though a development chart, seemingly from Sapphire, has been seen with an unknown graphics card and its specifications striked out. 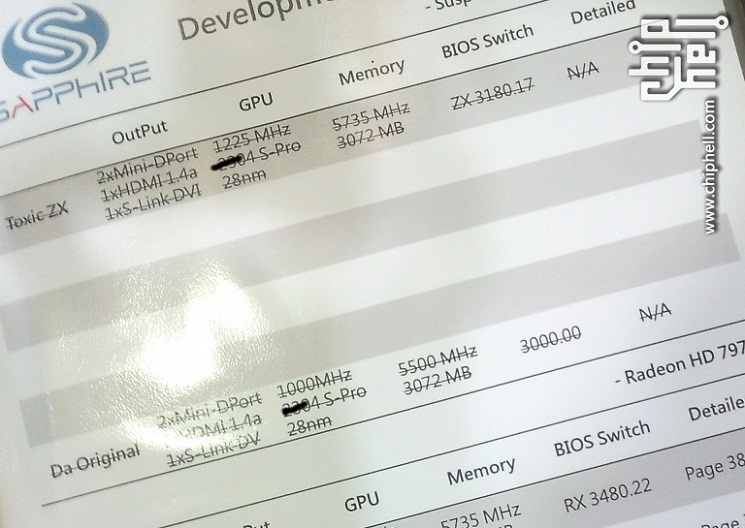 Leaked document with an unknown graphics card striked out.