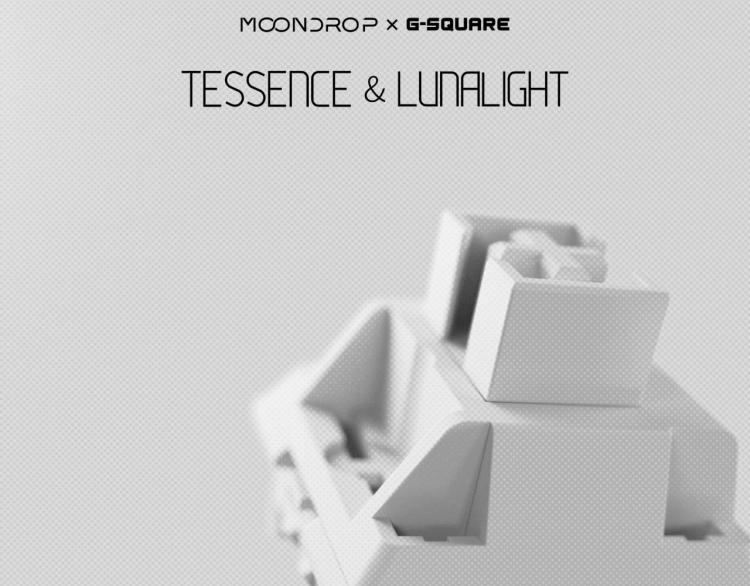 A follow up on our coverage of the MOONDROP DASH HiFi customizable mechanical keyboard, MOONDROP introduces the Tessence and Lunalight mechanical keyboard switches. MOONDROP collaborated with G-Square Studio in creating MOONDROPs switches. MOONDROP ditch the seemingly standard naming scheme with these switches of using colours to determine the specs. Rather, MOONDROP named the two switches Tessence and Lunalight. These switches will be the switch options for the MOONDROP DASH HiFi keyboard. 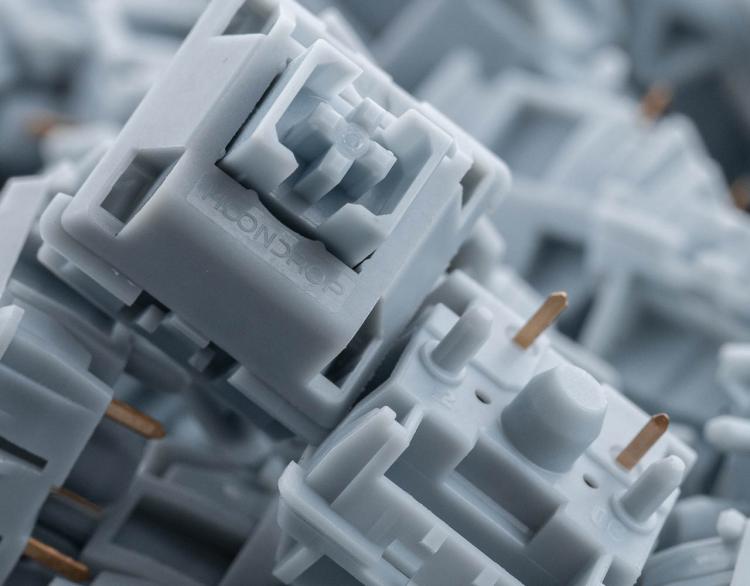 The MOONDROP Tessence and Lunalight switches claim to have a lifespan of up to 80 million clicks. Both switches uses a 5-leg switch pattern and appears to be the same leg pattern other popular switches use today. Both switches feature a lengthened shaft and shaft wall, designed to improve the overall stability and have better dustproofing. 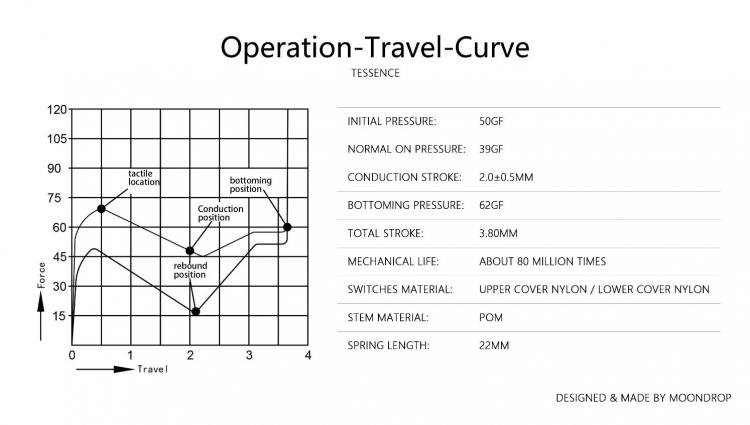 Heres a graph provided by MOONDROP on its social media channels. The MOONDROP Tessence appears to have an operation-travel curve close to the CHERRY MX Brown switches with a slightly lower actuation force required. 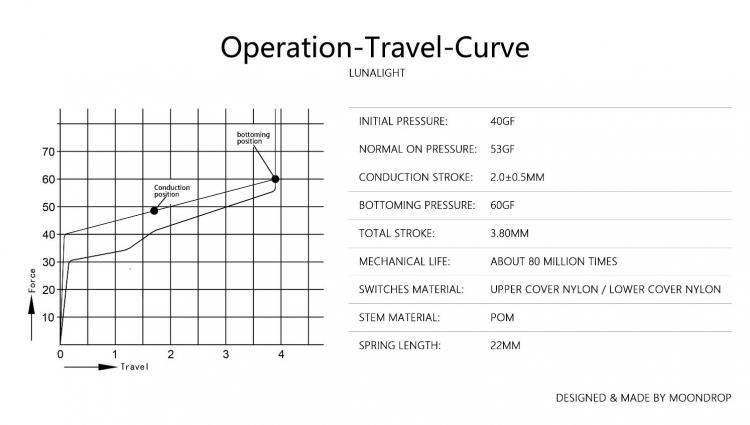 On the other hand, the MOONDROP Lunalight has a similar operation-travel curve to the CHERRY MX Red.

MOONDROP did not reveal pricing information on these switches and if these are to be sold exclusively with the MOONDROP DASH HiFi as switch options or would also be sold separately.